Xiaomi Redmi Note 11T 5G is all set to launch in India on November 30. Following its tradition, Xiaomi has already started dropping hints or what we call as teaser for the same ahead of the official announcement. Taking it to the Twitter, Xiaomi India’s Managing Director and Global Vice President Manu Kumar Jain reveals some of the key highlighting specifications of its sub-brand’s upcoming mobile phone.

In his tweet, Manu Kumar Jain cited about the upcoming Redmi Note 11T 5G. The upcoming Redmi phone will be the first smartphone under Redmi branding to feature a 6nm chipset. Although, he did not reveal that exact name of the mobile chipset. However, as per reports, the mobile chipset is likely to be the MediaTek Dimensity 810 SoC. He further adds that the new Redmi phone will be the fastest 5G smartphone under Redmi branding.

According to recent reports, Xiaomi sub-brand have conducted the 5G trials on the Redmi Note 11T 5G in partnership with Reliance Jio. Beside this announcement, Redmi also confirmed to verify the capabilities and performance of their upcoming smartphone. Redmi revealed that both companies conducted 5G trails in a standalone lab. Moreover, these devices were tested through different scenarios. Thus, to enable and ensure enhanced 5G end-user experience. Redmi has already confirmed that the new Redmi 5G phone will feature seven bands including SA: n1/ n3/ n5/n8/ n28/ n40/ n78 and NSA: n1/n3/n40/n78.

Took us a "𝑺𝒑𝒍𝒊𝒕" second to believe
That the #NextGenRacer can charge up this quick! 🚀

For the specifications, the leaks suggests that the Redmi Note 11T is likely to launch with a 6.6-inch Full HD+ LED display in India. The display will also get 90Hz refresh rate support. As mentioned above, just like the Redmi Note 11 Chinese variant, the upcoming Redmi phone will come equip with the 6nm MediaTek Dimensity 810 processor. This chipset will come in pair with up to 8GB of RAM and 256GB of onboard storage.

As for the optics, the display on Redmi Note 11T 5G will feature a punch-hole cutout. This punch-hole will accommodate a 16-megapixel selfie camera for taking selfies and video chats. At the rear, the Redmi Note 11T will come with a dual-camera setup. The 50-megapixel main camera is accompanied by an8-megapixel portrait lens. The latest handset will run on Xiaomi’s own custom MIUI 12.5 which is based on Android 11 OS.

For reset of the specs, the Redmi Note 11T 5G will pack a 5000mAh battery. The Redmi phone will come along with 33W fast charge support. For connectivity, the smartphone will come with Bluetooth v5 and USB Type-C port charging and data transfer. Moreover, Redmi India is likely to launch the Note 11T in four storage variants. These may include 4GB/64GB, 6GB/128GB, 8GB/128GB, and 8GB/256GB internal storage variants.

Furthermore, the smartphone is likely to launch in distinct three colour options. These are namely Aquamarine Blue, Matte Black, and Stardust White. The all-new Redmi Note 11T 5G will debut in India at a virtual-only event on Thursday, November 30. Also Read – Check out more details about the Xiaomi 11T Series 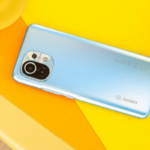 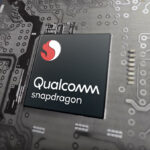