Moto G Stylus 5G (2022) is the next rumoured handset from the brand in the international markets. Motorola is currently working on the new Moto G Stylus (2022) under Moto G Series. The Chinese smartphone makers are reportedly making plans to launch this Motorola G Series phone in India and other international markets. Although, the handset is yet to be officially confirmed by the Lenovo-owned smartphone makers. Recently, specifications and price details of the upcoming Moto G Series smartphones with stylus surface online.

The report further suggests that the upcoming Moto G Stylus 5G (2022) price in India could start at Rs 38500. The Prepp report specifically mentions that the Indian pricing will not be equivalent to the international pricing. Also Read – Motorola Moto G51 5G India launch date, price confirmed

Based on the render leaks, the Moto G Stylus 5G (2022) will feature a hole-punch design. At the rear, the Moto G Series smartphone will sport a triple rear camera setup. The rear camera will accommodate inside a rectangular shape camera module. Moreover, the camera module will also include a LED Flash. Apart from Camera module, the rear end will also feature a Motorola Logo. The right edge of Moto G Stylus (2022) will include a volume rocker and a power button. For authentication, the side-mounted fingerprint sensor will integrate within the power button.

As for the specifications, the all-new Motorola Moto G Stylus (2022) will be a dual Nano SIM Android mobile phone. Moto G Stylus (2022) could sport a 6.81-inch Full-HD+ display. Under the hood, an octa-core Qualcomm Snapdragon 480 Plus chipset is likely to power this new Moto mobile phone. The chipset will also come in pair with 6GB of RAM and 128GB of onboard storage.

As for the optics, the Moto G Stylus 5G (2022) will feature a triple rear camera setup. These triple cameras will sit inside a rectangular camera module. The rear camera will also include a 48-megapixel main camera sensor. The report did not reveal any details about the other two sensors or the front camera. The complete hardware on the Moto G Series phones will get its backup from a 4500mAh battery. Moreover, the Moto 5G phone will come along with Motorola’s proprietary Turbo Power fast charging.

Regarding the connectivity options, the Moto G Stylus 5G (2022) may include all necessary connectivity ports. Although, the renders do confirm that the upcoming Moto G Series phone will include a USB Type-C port. This port will mainly be useful for charging and data transfer. The smartphone is likely is likely to run Google’s Android 12 operating system in near-stock configuration. Additionally, the all-new Moto G Stylus (2022) is likely to measure 170.3×75.9×9.4mm. 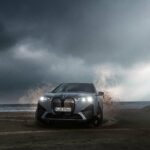 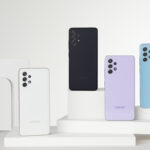