Jio Phone Next, the Android phone pre-booking in India is likely to begin in next couple of days. The upcoming Jio 4G Mobile Phone is designed and developed by Reliance Jio in collaboration with search giant Google. The Jio new phone is likely to be an ultra-affordable pocket friendly smartphone. The report about its launch was unveiled by the telecom giant Reliance Jio at the company’s Annual General Meeting (AGM). To recall, this Reliance Industries’ Annual General Meeting (AGM) took place in the month of June. According to reports, the smartphone sale is likely to begin in the next week by September 10. Some of the key highlights of this JioPhone Next is that it may include an HD display. It will also feature up to 3GB of RAM.

Jio Phone Next pre-bookings in India:

The reports about the upcoming Jio Phone Next has been cited by the peoples from the retail chain, 91Mobiles. This report cites that the JioPhone Next will be up for pre-registrations this week. Reliance Jio is already in talks with its retail partners for this pre-order process. It is also likely that the next Android phone could launch with a bundled plan from Reliance Jio. At the Reliance AGM in June, the Reliance Industries chairman Mukesh Ambani announces that the next JioPhone will be available on September 10. However, at this event he did not provide any further details about this upcoming Reliance 4G Phone.

JioPhone Next price in India (Expected):

The upcoming Jio Phone Next is likely to be the one of the most ultra-affordable devices from the Reliance industries. However, the JioPhone Next price in India is yet to be officially confirm by the telecom giant. Reliance claims that this will be one of the most affordable smartphones not only in India but across the globe. The upcoming JioPhone Next could launch with a price tag of Rs 3499, suggests a tipster.

As per rumours, JioPhone Next specifications will include Android 11 Go Edition. The new Jio Phone will support a 5.5-inch HD display. Qualcomm Snapdragon QM215 SoC will power this affordable JioPhone. The chipset could come in pair with up to 3GB of RAM with up to 32GB of eMMC 4.5 storage. The rumour suggests that there could be two RAM and Storage options. These may include 2GB and 3GB RAM option and 16GB and 32GB of onboard storage options.

For camera and optics, the Jio Phone Next could feature a 13-megapixel standard camera sensor at the rear. For selfies, it may get an 8-megapixel selfie camera for selfies and video chat. The device could also pack in a 2500mAh battery. It may also support dual-SIM connectivity. Since, the upcoming Jio smartphone will be a budget smartphone. Hence it is likely to get 4G LTE, Bluetooth v4.2 and GPS, Wi-Fi connectivity options.

Additionally, Reliance Jio also confirmed that the Jio Phone Next will also come in bundle with system-wide Read Aloud and Translate Now feature. It will also get deep integration with Google Assistant and India specific Snapchat Lenses. These lenses will also be available within the phone’s camera. The upcoming Jio smartphone will also get a 3.5mm headphone jack. Also Read: JioPhone Next specs tipped online: Snapdragon 215 SoC, Android 11 Go and more 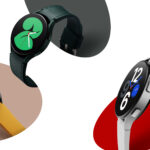 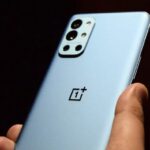