Google is all prepare to host the 2021 I/O event. This is one of the highly anticipated event which is organized by the tech giant every year. This year, the Google I/O 2021 will commence virtually from May 18. Just like last year, the event will commence virtually because of on going deadly COVID-19 pandemic. At this annual Google event, we can expect to witness the arrival of latest version of Android Operating System. This will be the next gen OS, Android 12 OS.

Before this launch event, Google has also release the second developer preview for Android 12 OS under Android Beta Program. Additionally, some new leaks also surface online. These leaks hints at major design revamp for the next gen Android 12 OS. According to latest leaks, the design revamp will be followed by several new features. These features may include new privacy features for the latest Android 12 OS.

The leaks about this upcoming Android operating system, has been leaked by popular tipster Jon Prosser. The tipster has leaked a possible presentation file. This file was likely to be shown during the upcoming 2021 Google I/O event. The primary points in this presentation gives information about the new design, better privacy policy and cross-device functionality features. As per reports, the Android 12 is likely to feature a “rounded design”.

The new revamped design will be applicable for all the notification windows, audio controls and other elements. Additionally, the Bluetooth and Wi-Fi options are likely to come with new design. All these elements are likely to appear much similar to MIUI 12 control centre. Also, we can expect a unique designed clock, alarm and weather widget. According to presentation leaks, the design of these widgets appears similar to any Chinese custom ROM widgets. The tech giant calls this designs with refreshing looks. Also, it might enable much easier usage.

The latest version of Android 12 OS may also support improved split screen feature. Additionally, it will launch with better gesture controls, introduction of haptic feedback based on audio effect. It may also support s new Silky Home design and much more. These details comes after the leaked design of upcoming Google Pixel 6 series devices. These devices includes Pixel 6 and the Pixel 6 Pro which is likely to come with new and intriguing design. 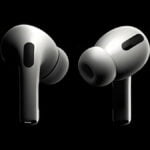 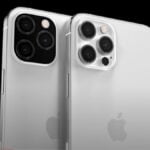