The rear end suitcase like design is the main highlight of this GT Master Edition smartphone. This horizontal grid design is limited to Voyager Grey colour option only. The device comes in two other colour options including the Cosmos Blue and Luna White colours.

Meanwhile, this program will allow customers to get GT Master Edition by paying 70 percent of the price for one year. To recall, Realme GT Master Edition was already launched in China in the month of July. In China, the 8GB RAM and 128GB storage variant comes with a price tag of CNY 2399 which approximately Rs 27500. The top-end variant with 8GB RAM and 256GB of storage is price at CNY 2599 which is approximately Rs 29800.

The all-new Realme GT Master Edition comes with support for Dual Nano-SIM. The Realme 5G Phone runs on company’s own Realme UI 2.0 skin which is based on Android 11 operating system. The device also supports a 6.43-inch Full HD+ Super AMOLED display. Additionally, this display gets a screen resolution of 1080×2400 pixels. It also gets a 20:9 screen aspect ratio along with 120Hz refresh rate.

Qualcomm Snapdragon 778G SoC powers this Master Edition smartphone. Additionally, this chipset comes in pair with up to 8GB of RAM along with up to 256GB of onboard storage. The device also gets Dynamic RAM Expansion support. Meanwhile, this feature allows to expand the RAM by up to 5GB by using the inbuilt storage. 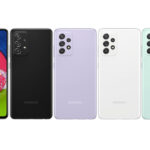 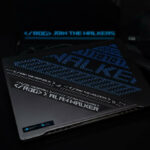