Further specifics on the upcoming Galaxy A series have not been confirm by the South Korean smartphone maker. We would assume that the company will reveal specifics of it in the following few days if reports turn out to be real. The Galaxy A12 is likely to succeed the Galaxy A11 from 2020. Also Read: Samsung Galaxy F62 launching in India on February 15

Back in November last year the company launch Galaxy A12 in the European market. We expect the Galaxy A12 to be almost the same in the Indian and European models. But, Some of the key specs of global version includes a 6.5-inch HD+ display, MediaTek Helio P35 processor, 48-MP quad rear cameras and a 5000mAh battery.

The Samsung Galaxy A12 Global variant comes with a 6.5-inch HD+ TFT display. Also, the device is power by a MediaTek P35 octa-core processor pair with a 6GB RAM/128 GB internal storage. In the European market, the phone comes in three models including 3GB RAM/32GB storage, 4GB RAM/64GB storage and 6GB RAM/128GB storage. The smartphone comes with an expandable storage option of upto 1TB via a microSD card.

The phone comes with a 48-MP main sensor, a 5-MP ultra-wide camera, a 2-MP macro sensor and a 2-MP depth sensor. For selfies, the Galaxy A12 packs an 8-MP sensor housed inside a notch. The phone includes a 5,000mAh battery with fast charging support.

The Global variant sells in four color options including Black, Blue, Red, and White. All these four models are likely to arrive in India as well. As for the India pricing, the Galaxy A12 is expect to come with a price tag of around Rs 15,000.

However, Company has not revealed the launch date of Galaxy A12. But, Samsung has confirmed to launch the Galaxy F62 in India on February 15, as a Flipkart teaser revealed. Also Read: Samsung Galaxy A52 5G likely to come with Four Colour Options 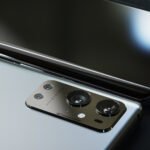 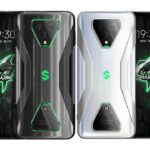