Xiaomi has once again entered the tablet arena with a bang. The Chinese company has launched its latest tablet three years ago. Now, Xiaomi has refreshed its tablet lineup with the launch of all-new Mi Pad 5 Series. The latest Mi Pad 5 series features the Mi Pad 5 and the Mi Pad 5 Pro. The all-new Xiaomi Mi tablet series have been launched alongside the highly-anticipated Mi MIX 4 and other Xiaomi products.

Beside these two products, Xiaomi has also launched the all-new Xiaomi Sound smart Speaker, Mi TV Master 77-inch and the Mi TV 6 OLED smart TVs. Both the Mi Pad 5 and the Mi Pad 5 Pro comes with multiple high-end features. These features will allow Xiaomi tablets to take on the likes of the Apple iPad and the Samsung Galaxy tablets.

The Mi new tablet will be available for purchase starting August 16 in China. Besides, the latest Mi Pad series, Xiaomi has also launched a double-sided protective case. This protective case comes with a keyboard. The starting price for this keyboard is CNY 399 which is approximately Rs 4600. The company has also launched a Xiaomi Stylus with a price tag of CNY 349 which is approximately Rs 4000. Xiaomi claims that both of these accessories have been designed for the new Mi tablet series.

The all-new Xiaomi Mi Pad 5 runs on the company’s own custom MIUI skin on top of the Android 11 operating system. The device features an 11-inch 2.5K TrueTone display. This display gets a 120Hz refresh rate along with support for HDR10+ and Dolby Vision. Qualcomm Snapdragon 860 SoC powers this Mi tablet. This chipset comes along with 6GB of RAM and up to 256GB of onboard storage. Xiaomi is offering this tablet with quad stereo speaker setup. It also supports Dolby Atmos.

For photos and videos, the Mi Pad 5 comes with a 13-megapixel camera sensor at the rear end. The rear camera is accompanied by an LED flash. For selfies, the device gets an 8-megapixel selfie camera at the front. The Xiaomi tablet packs in an 8720mAh battery along with 33W fast charging support.

Similar to Mi Pad 5, the Pro variant also runs on MIUI skin on top of the Android 11 operating system. The device sports an 11-inch 2.5K TrueTone display. This display also gets a screen refresh rate of 120Hz along with support for Dolby Vision and HDR10. Qualcomm Snapdragon 870 chipset powers this Pro variant of Xiaomi Mi Pad lineup. This chipset is couple with up to 8GB of RAM along with up to 256GB of internal storage.

The Pro version of Mi Pad 5 comes with octa-stereo speaker setup. It also gets support for Dolby Atmos. The device packs in a 8600mAh battery along with support for 67W fast charging. As mentioned above, beside this Xiaomi has also launched the Xiaomi Sound smart speaker and Mi TV Master 77-inch and Mi TV 6 OLED smart TVs.

Other Xiaomi products: Price and availability:

As for the availability, the Xiaomi Sound along with the Mi TV Master 77-inch, and the Mi TV 6 OLED models are currently available for pre-orders in China. Meanwhile, the first sale will begin from August 16 in China. Meanwhile, Xiaomi has not revealed any details about its international availability. The company also made no comment on the price details for all of these new devices.

Beside the Mi Pad 5 series, the Xiaomi Speaker is designed by the most popular Harman Kardon Audio EFX sound. The device is also targeted to deliver 360-degree omnidirectional audio. These speakers come with UWB support. It gets support for Bluetooth v5.2. Also Read: Xiaomi Mi Pad 5 launches with “Smart Pen” and dual rear cameras

The Mi TV Master 77-inch comes with a 10-bit 120Hz OLED V21 display. This display gets a screen contrast ratio of 1500000:1. It can reach a peak brightness of 1000 nits. The latest Mi TV comes with 70W speakers that are tuned by Harman Kardon. Regarding connectivity options, the device comes with UWB, NFC, and Wi-Fi 6. The all-new Xiaomi TV also gets support for HDMI 2.1 + VRR for delivering high-quality feed from a compatible device. Furthermore, the Mi TV Master 77-inch model also gets dedicated support for the Xbox Gamers.

Besides, the 77-inch Master TV, Xiaomi has also launched the Mi TV 6 OLED. The device comes in two screen sizes. It includes a 55-inch and 65-inch screen. The device also gets an OLED display. It offers a contrast ratio of 1000000:1. The display can reach a peak brightness of 800 nits. The OLED TV models also supports Dolby Vision, HDR10+ and IMAX Enhanced technologies. 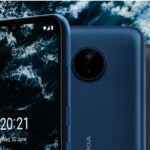 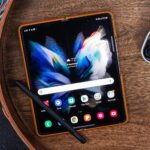