Xiaomi is reportedly working on multiple new tablets. This upcoming set of tablets comes under Xiaomi Mi Pad 5 Series. This new tablet series compromises of Mi Pad 5, Mi Pad 5 Lite, Mi Pad 5 Plus, and Mi Pad 5 Pro. According to reports, all these tablets are likely to be power by Qualcomm Snapdragon processors. The report also confirms that the launch is likely to happen in May. This report is shared by MyDrivers. The report also includes some of the key specifications of the upcoming Xiaomi Mi Pad 5 Lineup.

As per reports, the all new Mi Pad 5 will be power by Qualcomm Snapdragon 870 SoC. Additionally, this tablet packs in a massive 8000mAh battery. It is reportedly confirm that the device will feature a skin which is similar to that of Mi Mix Fold. Also, it will come with some interesting features like a handheld PC mode dual-screen drag and drop, parallel windows and much more. Beside all this, the tablet is likely to support 11-inch 2K LCD display which comes with 120Hz of refresh rate. The display will get a 480Hz touch sampling rate. Tipster further suggest that it will feature a side-mounted fingerprint sensor.

Earlier. the tipster named XiaomiUI reveals that the tablet with codename Enuma is likely to be Mi Pad 5 Pro. This Mi Pad Pro is also likely to be power by Qualcomm Snapdragon 870 SoC. Additionally, this tablet will feature a 48-MP rear camera setup. Other specifications are yet to be known.

On the other hand, Mi Pad 5 Plus comes with a codename Elish. This tablet gets a model number K81A. As per report, this tablet will be power by Qualcomm Snapdragon 870 SoC. Regarding cameras, the tablet is expect to have 12-MP primary rear camera sensor.

The tipster claims that the Mi Pad 5 Lite comes with a codename Nabu. This tablet gets a model number of K82. Additionally, it will be power by Qualcomm Snapdragon 860 SoC. The tablet is likely to pack in 12400mAh battery. Also, it is reportedly to feature a 12-MP main rear camera setup. 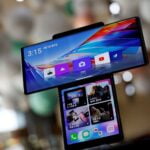 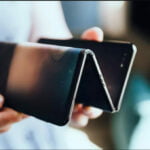