Xiaomi Mi Pad 5 series could launch in this month in its home land. According to reports, the Chinese OEM is planning to introduce two variants under the latest Mi Pad 5 series. These may include the vanilla Mi Pad 5 and the bigger Mi Pad 5 Pro. According to recent reports, the upcoming Mi Pad 5 has been listed on China’s 3C certification website. This indicates that the new tablet is going to launch in sooner than expected.

Meanwhile, This listing on 3C’s website has been spotted by GizmoChina. The GizmoChina reveals complete details about one of the tablets. According to reports, the Mi Pad 5 will pack in dual 4260mAh battery. This means that the total battery backup will be equivalent to 8520mAh. Other than battery capacity details, the listing does not reveal any other details about the upcoming Mi Pad 5 series. Some previous rumours does gives an idea about the upcoming Mi Pad 5 series design, internals and much more.

According to 91Mobiles, The upcoming Mi Pad 5 series tablets are likely to launch sometimes later in this month. However, the Chinese tech giant did not announced the exact Mi Pad 5 and Mi Pad 5 Pro Release date. As per report from 91Mobiles, the vanilla variant of Mi Pad 5 price around RMB 3000 which is approximately Rs 34200. The website did not share any price details for the upcoming Pro variant.

Earlier, some recent renders also revealed the design of alleged Mi Pad 5 series. According to renders, the device will feature a square shaped camera module. This module will be positioned in top left corner on the rear panel. Also, The camera module looks identical to what we have seen on Mi 11 smartphone. Under camera module, we can see the huge Xiaomi branding which will be inscribed in vertical position. According to leaks, the interface of the upcoming Mi Pad 5 series appears to be similar tp Apple iPad. The device will feature thick bezels around the perimeter. Also, The front camera can be easily spotted on the top of the screen.

Regarding Specs, the all new Mi Pad 5 tablet could be power by Qualcomm Snapdragon 870 SoC. Whereas, the Pro variant will be powered by MediaTek Dimensity 1200 SoC. The vanilla variant of Mi Pad 5 is likely to support a 10.95-inch LED display along with 120Hz refresh rate. Whereas, the Mi Pad 5 Pro will support a 144Hz display panel. According to reports, the tablets are likely to launch with In-Cell active pen technology. Also Read: High-end Android tablets from Xiaomi to launch soon to take on Samsung, Huawei

Based on reports, Xiaomi has developed a MIUI Tablet specific version for these devices. The interface could have support for handheld PC mode. Additionally, This interface will offer key features like classic start menu, control center etc. For camera configuration, the Mi Pad 5 is rumoured to feature a 20-MP primary camera. The primary camera comes along with 13-MP secondary rear camera. For security, the tablet will come with a side-mounted fingerprint scanner. The Mi Pad 5 Pro will also come with stylus support. 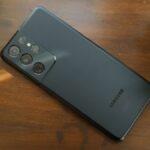 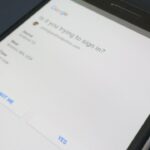