According to MIUI 12.5 source code, Xiaomi is currently working on three new tablet devices. These tablets comes with codename “nabu”, “enuma” and “elish”. This information about upcoming high-end Android tablets was confirm by XDA Developers. All these devices were spot in reference to “isPad”. All this confirms about the possibility of tablet lineup from Xiaomi. Additionally, the source code also shows a new setting page in the alpha version of MIUI Home app. This can relate with the navigation for tablets.

The report from XDA Developers, further reveal more details about the naming of high-end Android tablets. The report reveals that “Enuma” and “elish” are likely to belong to same family. These devices comes with model number K81 and K81A respectively. Whereas, “nabu” is likely to belong to another range of tablet altogether. All these codenames come with the mention of “isSplitTablet” method in MIUI Settings app.

At this time, there is not much to share about the specifications of the upcoming Xiaomi’s high-end Android tablets. But, rumours does gives us an idea about the upcoming lineup. As per rumours, the upcoming Android tablet lineup could feature a screen resolution of 2560×1600 pixels. The display comes with a screen aspect ratio of 16:10. Additionally, the screen is expected to support a 120Hz refresh rate. Also Read: Xiaomi Mi Pad 5 tipped to launch in May, key specs leaked

As mentioned in previous posts, the high-end Android tablets are most likely to be power by Qualcomm Snapdragon 800-series processors. These tablets will definitely differ from the Mi Pad 4 because Mi Pad 4 comes with a mid-range chipset. To recall, this Mi Pad 4 was released three years ago. According to reports, “enuma” and “elish” tablets are likely to come with Snapdragon 865/865+/ 870 chip. Whereas, the “nabu” device could be power by Qualcomm Snapdragon 855/855+/860 SoC. However, official details are yet to be known. Therefore, we suggest you take this post with a pinch of salt. Stay tuned for more update. 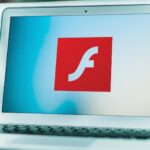 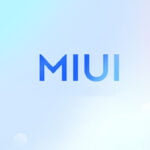