According to renowned tipster Ice Universe, the upcoming Samsung Galaxy S22 Ultra is likely to increase its zooming capabilities. It can be possible with the presence of continuous optical zoom. Thus, allowing to extend the zooming without compromising on the image quality of the zoomed-in photo. According to leaks, the device can support up to 20x zoom. Additionally, with this much zoom capabilities, the moving components can allow for detailed and better-exposed photos.

Another report states that Samsung Electro-Mechanics and Samsung Semiconductor are working on the future Galaxy S series phone. Keep in mind, the current gen Samsung Galaxy S21 Ultra smartphone supports two telephoto lenses. These lens support 3x and 10x zoom respectively. However, the smartphone also makes use of hybrid zoom to focus on far-off objects. The Hybrid zoom is the combination of optical zoom, digital zoom and the software enhancements. But, still there are scenarios when there will be loss of details and image quality. According to leakster, this issue will be drastically solved with the launch of Samsung Galaxy S22 Ultra smartphone.

Other features in Galaxy Ultra smartphone:

Additionally, the Samsung Galaxy S22 Ultra is likely to launch with AMD graphics. However, rest of the details about upcoming flagship Samsung Galaxy S22 Ultra remains unknown. The smartphone is expected to launch alongside Galaxy S22 and Galaxy S22+ smartphone. The launch is expected in the beginning of 2022. Right now, all these are just rumours. Therefore, we suggest you take this with a pinch of salt, until more concrete details about the smartphone surface online. Also Read: Xiaomi Mi 11 Lite, Mi 11 Ultra camera details and specs 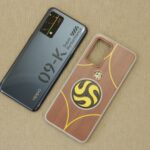