Furthermore, Roh calls this year’s next smartphone the most “noteworthy” Galaxy S-Series phone from the company by far. Additionally, the flagship Samsung Galaxy S22 Ultra is tipped to launch with an in-built S-Pen. With the addition of S-Pen feature, the Galaxy S22 Ultra will replace the company’s Note lineup. His blog post also confirms that the next Galaxy Unpacked Event will take place in the month of February.

According to recent reports, Samsung is planning to host this year’s biggest Galaxy Unpacked Event 2022 on February 8. As the date is coming close, all eyes are hooked on the new flagship series. The report comes from the popular tipster Ice Universe. Keep in mind, this is not the official launch date from Samsung. Digital Daily from South Korea suggests that the Samsung Galaxy S22 Series could make its global debut on the same date.

The tipster claims that Samsung could soon start sending the invites for this upcoming unpacked event. Samsung is planning to follow the usual launch cycle. The South Korean tech giant will be launching three new smartphones under the Samsung Galaxy S22 lineup. The upcoming smartphones are likely to feature the latest Snapdragon 8 Gen 1 and the Exynos 2200 chipset based on the regions.

Furthermore, Samsung has also released a video teaser for this upcoming Galaxy Unpacked Event. Although, this teaser video does not reveal much about the upcoming smartphone series. Take a look at this video:

According to leaked images from Evan Blass, the premium Galaxy S22 Ultra will feature a new design. This design is different when to the other two models. Regarding the specifications, the Samsung Galaxy S22 Ultra phones are likely to get 108-megapixel primary camera sensor. Furthermore, the Ultra variant will also get a wireless charging, stereo speakers and IP rating.

The complete hardware on the Ultra variant will get its back up from a huge 5000mAh battery. According to SamMobile, the Samsung Galaxy S22+ and Galaxy S22 Ultra will feature Super AMOLED display. The displays on Galaxy S22 Series could reach a peak brightness of 1750 nits. Also Read – Samsung Galaxy S22, S22 Plus Camera specs tipped online; display details leaked

Ahead of the Samsung Galaxy S22 series’ upcoming launch at Unpacked event, Dohyun Kim (@dohyun854), a tipster, has revealed a list of regions and chipsets that could feature on the smartphones. According to the tipster, the Samsung Galaxy S22 Series will feature the latest Snapdragon 8 Gen 1 SoC in East Asia, South East Asia, Oceania, and North and South America. Whereas in Europe, the Galaxy S22 Series could feature the new Exynos 2200 SoC. Regions like West Asia, Africa and Middle East Asia could get the option to pick between either of the chipset. 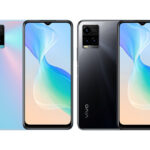 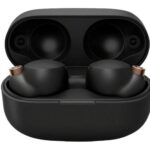