Sony WF-1000XM4 true wireless stereo (TWS) earbuds officially launch in India. The brand-new flagship earbuds from Sony are among the first to have a TWS form factor. These Sony earbuds come with support for LDAC advanced Bluetooth codec. Active Noise Cancellation (ANC) is one of the key highlights of the Sony WF-1000XM4 wireless earbuds.

The new Sony WF-1000XM4 comes with a set of features that make them stand apart from the rest of the competition. The key highlighting features of the Sony WF-1000XM4 earphones includes the support for LDAC Bluetooth codec. This LDAC Bluetooth codec is uncommon in TWS earphones in this price range. Also Read – Sony PlayStation 5 shortage could continue further till 2022

With the addition of LDAC Bluetooth Codec, Sony WF-1000XM4 promises to offer better sound quality. This is possible through LDAC’s improved data transfer rates. Furthermore, this feature can take better advantage of high-resolution audio. The high-resolution audio tracks can also be streamed directly from streaming services like Apple Music, Tidal, Spotify and many more.

Under the hood, these Sony earphones are powered by the company’s integrated Processor V1. This CPU enables the Active Noise Cancellation and LDAC Bluetooth Codec processing. The all-new Sony WF-1000XM4 also gets the company’s 360 Reality Audio sound format. Keep in mind, it will only work when the earbuds are combined with an Android smartphone/ iPhone. The smartphone must support streaming service.

Each earbud gets a new 6mm driver unit with a 20% increase in magnet volume. Sony claims that the Low-frequency performance is improved because to the increased magnet volume and high compliance diaphragm. The WF-1000XM4 supports High-Resolution Audio Wireless. Also Read – Google Pixel 6a with Tensor SoC, 12.2-megapixel Sony IMX363 Primary sensor tipped online

Edge-AI, DSEE Extreme 2 is present in these Sony earbuds. It tries to upscale compressed digital audio files in real-time. Furthermore, this allows the earphones to recognize instruments, musical genres, and particular song parts like vocals and interludes. 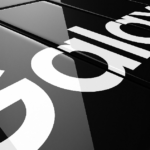 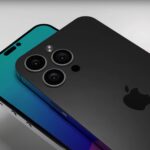