The Inspiron 13 series is the most expensive series at this launch. It comes with a starting price of Rs 68990. These premium Dell laptops will be made available for sale starting July 7.

As for the RAM and storage options, both of these devices come equipped with up to 16GB of DDR4 RAM and up to 1TB of M.2 PCIe NVMe SSD. For the connectivity option, the Dell Inspiron 14 and Inspiron 15 series comes packed with an HDMI, Thunderbolt 4, USB Type-C 3.2 Gen2, two USB Type-A 3.2 Gen1 ports, SD card reader, a headphone/ microphone combo jack, and Wi-Fi 6. Additionally, In India, both Dell laptop series are backed with 54Whr capacity batteries.

The all-new Dell Inspiron 14 2-in-1 comes as a convertible laptop series in India. This means that this laptop can also be used as a tablet. This Dell laptop comes with 14-inch Full HD touch screen. Additionally, this laptop also gets support for Stylus. In this series, the Intel variant comes with an 11th Generation Intel Core is processor with up to NVIDIA GeForce MX350. Whereas, the AMD version comes with up to Ryzen 7 5700U CPU and AMD Radeon GPU.

In this Inspiron 14 2-in-1 series, users can get up to 16GB DDR4 RAM along with 512GB of M.2 PCIe NVMe SSD. Additionally, for the connectivity options, this laptop series comes with an HDMI port, two USB 3.2 Gen 1 Type-A ports, a USB 3.2 Gen 1 Type-C port, and a 3.5mm headphone jack. This laptop also gets a 54Whr capacity battery.

Finally, the Dell Inspiron 13 series comes out as the most compact series of all in India. The laptop in this series comes with a 13.3-inch QHD+ display. These Dell laptop comes powered by up to an 11th-Generation Intel Core i7-11370H CPU along with up to NVIDIA GeForce MX450 GPU. For the RAM and Storage option, users can choose from up to 16GB LPDDR4 RAM and 512GB of NVMe SSD. Additionally, The Connectivity options includes an HDMI port, a USB Type-A 3.2 Gen 1 port, two Thunderbolt 4 ports, and a 3.5mm headphone jack. Just like other Inspiron series models, the 54Whr battery also remains the same. 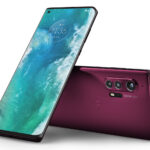 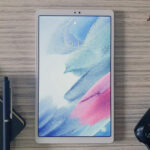