Samsung Galaxy A73 5G under A Series: Specifications

The Samsung screen gets a punch-hole cutout front camera for selfies and video calling, and the volume and power buttons are on the phone’s right side. Regarding the back panel, there is a rectangular camera module and an LED flash seen in the back of the Galaxy A73 5G. Furthermore, the Samsung Galaxy A73 5G phone runs on One UI 4.1 which is based on Google Android 12 OS.

Under the hood, powering this Samsung Galaxy A series phone is the Qualcomm Snapdragon 778G processor and Adreno 642L GPU. This chipset will pair with up to Samsung 8GB RAM and 256GB of internal storage. The Galaxy A73 5G supports storage expansion via a microSD card, and the internal storage can be expanded by up to 1TB.

This 5000mAh battery on Samsung Galaxy A73 5G phone comes with up to 25W fast charging support. However, this Samsung fast charging phone might not get the 25W fast charger inside the box. According to reports, the South Korean tech giant may offer 18W Samsung original fast charger on this 5G phone. Also Read – Motorola Moto E40 specifications and other details

The South Korean tech giant is yet to reveal the price details for the all-new Galaxy A73 5G phone. As far as availability is concerned, the Samsung Galaxy A73 5G will be available from April 22 in the global market. This Samsung Galaxy A series 5G phone will launch in three colorways, including black, white, and mint green options. Moreover, Samsung is yet to announce the price and availability details for the Indian sub-continent. 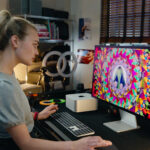 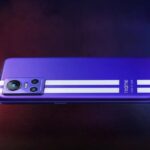