Realme GT Neo’s first look shared by officials. This leak creates hype around the upcoming smartphone. As per reports, the smartphone is set for official debut on March 31st. According to teaser image, The Chinese smartphone brand is all set to launch a new GT Series smartphone which is likely to be dubbed as Realme GT Neo.

According to reports, Realme took on Chinese micro blogging site, Weibo to showcase the first look of upcoming GT series smartphone. The teaser image shows off the design element of Realme GT Neo ahead of it’s official launch. As per short promo clip shared on Weibo, the backside of smartphone will feature a matte texture and glossy strip embedded on the left corner. The bottom part of the upcoming smartphone features a USB-C port, 3.5mm audio jack and a mono-speaker grill.

The rear side also features a square-shaped camera module which houses a triple rear camera setup. The camera module is placed on the top-left part of smartphone. Additionally, the Vice President of Realme also shared a photo of the upcoming smartphone. In this photo, the rear features the coating name of the same model. The Vice President also confirmed the variant’s color to be Final Fantasy. According to leaks, this upcoming device will ship with 64-MP primary camera sensor.

To recall, Realme has previously confirmed that the smartphone will ship with MediaTek Dimensity 1200 SoC. As per latest reports, the Realme GT Neo has been already tipped on Bureau of Indian Standards (BIS). This indicates that smartphone is likely to arrive in Indian market soon following it’s global debut.

According to reports, The upcoming Realme GT Neo is likely to carry a price tag of CNY 2000 in China which is approximately equal to Rs 22200 for the base model. We don’t know much about it’s Global pricing. Although, the Global pricing is likely to fall under similar price range. Also Read: Realme GT 5G launched in China 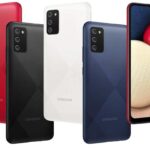 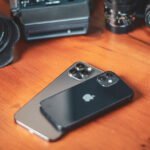