Realme is likely to launch it’s new flagship phone as a prime member of a totally new smartphone series, called Realme GT 5G. It is already confirm that this smartphone will come under premium smartphone category. This flagship smartphone is likely to come with premium features. The company has already started teasing about it’s specifications and features.

According to recent leaks, The company is planning to launch Realme GT 5G globally in China. As per reports, The smartphone will officially debut in Global markets on 4th March. To recall, The flagship smartphone was first introduced at MWC 2021. However, Ahead of it’s official launch, the company has started teasing about other features of its upcoming phone.

According to leaks, The Realme GT 5G is likely to come with Super AMOLED display with a 120Hz refresh rate. These leaks came from the rumor bag of popular tipster Mukul Sharma aka Stufflistings(Twitter). Also, The device was first tipped by Mukul Sharma. Hence, these leaks are likely to be true considering his past track record.

The handset is likely to feature an in-display fingerprint scanner. As per recent leak images, The company has taken this inspirational design for this smartphone from Ford’s GT cars design. The rear section of smartphone comes with a combination of black and yellow colors with a dual tone vegan leather design.

Initially, Realme has decided to launch this phone Globally in China. However, there is no news as for its India launch. As per leaks, Realme is likely to launch the phone in the country, probably in March or April. Additionally, the company has trademark the device’s name in India. Also Read: Realme GT 5G launch event as it happens all the details and highlights 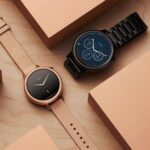 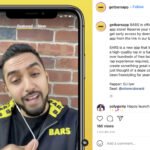