These leaks came from the popular tipster Abhishek Yadav. According to tipster, the starting price of Samsung Galaxy F02s is Rs 8999 in India for the base model. The smartphone is likely to come in two models, the base model will feature 3GB RAM/ 32GB of native storage. Whereas, the top model of the Samsung device will pack in 4GB RAM/ 64GB of internal storage. This top-end variant will be priced at Rs 9999.

There are multiple leaks and rumors about the upcoming Galaxy F02s, that are circulating all over the internet. These leaks and rumors have revealed some specifications and details about the upcoming Samsung Smartphone. According to leaks, The Samsung Galaxy F02s is likely to feature a 6.5-inch 720p display. The smartphone is likely to be powered by Qualcomm’s Snapdragon 450 chipset. This chipset comes paired with upto 4GB RAM/ 64 GB of internal storage.

Meanwhile, Samsung has also confirmed about the launch of Galaxy S20 FE 5G in India. The smartphone will launch in India in next week. According to official update, the South Korean manufacturers has confirmed that the Galaxy S20 FE 5G will launch in India on March 30th. The company has also confirmed that the smartphone will pack in Snapdragon processor in the country. 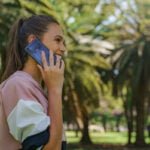 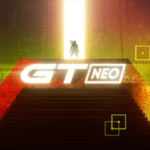