These days Annual COMPUTEX 2021 is happening in Taipei. During this annual event, Intel in its COMPUTEX 2021 keynote announce few new products including two new 11th Gen Intel Core processors. These new processors launch with the name of 11th Gen Intel Core Mobile U-series processors. The latest CPUs comes with Intel Iris Xe graphics and the 5G M.2 module for laptops. The pair of new chipsets will be powering the thin and light category laptops. Both CPUs comes with name of Core i7-1195G7 and Core i5-1155G7.

The Latest Intel Core i7-1195G7 processors comes as company’s top-end chipset under U-Series. It is first chipset from the company to achieve a 5.0GHz clock speed. The Intel Core i7 series processor comes with four core/ eight thread configuration. It can operate in the 12W to 28W power range. The chipset also comes with company’s own Iris Xe integrated graphics. On papers, the Core i7-119G7 comes with a base clock speed of 2.9GHz. It can get a maximum single core speed of 5GHz using the company’s own Turbo Boost Max 3.0 Technology.

Intel Processors and other announcements:

Beside the pair of new processors, Intel also announced its 5G M.2 module for laptops. These 5G modules are developed in partnership with MediaTek and Fibocom. Additionally, this module will allow OEMs to incorporate the new M.2 card in their designs. According to official announcement from Intel, the module comes with 5G NR in mid-band and sub-6GHz frequencies. Additionally, it will also allow OEMs to provide eSIM facilities to the users. The latest Intel Core U- and H-series processors will be first used by Asus, HP and Acer in their upcoming PC and laptop lineup. These PC OEMs will also use the new 5G Solution 5000 cards.

As per previous post, earlier, the COMPUTEX organizers were hopeful to host the 2021 event in person. But, due to on-going massive second wave of COVID-19 pandemic, the organizers decided to opt in for an all-virtual event. The event will continue across the entire month and will end on June 30. Also Read: Computex 2021: Intel, AMD, Nvidia, ARM and much more 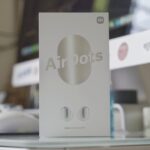 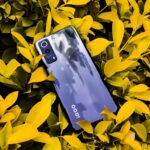