Google Android 11 launches worldwide six months ago. We have already seen multiple devices running Android 11 OS. Also, lot of previous generation devices has already received their part of Android 11 update. The devices running Android 11 OS includes all kind of smartphone, be it flagship or mid range smartphone from last year. However, Google is still lagging in providing official distribution numbers. According to a research report, Android 11 has the fastest adaption rate in US, then any other Android versions.

This research report is released by StatCounter via Android Authority. The report states that Android 11 update is claimed to be fastest adopted Android version in US, when compared to its older versions. Additionally, report do claim that Android 11 is currently running on 25% of the devices available in US markets. The devices includes both mobile phones and tablet devices. However, Android 10 still holds the share of 33% in US. This means that 33% of the devices in US are still running on Android 10 OS.

Android 11 Update and its devices:

On global charts, Android 11 update is still lagging behind and is trying to catch up the older Android 10. In European and Asian Markets, The Android 10 still tops the chart with highest market share. If compared Worldwide, Android 10 update still grab the top spot with 41% of market share. This means that a large number of devices in global market are still running on Android 10. Also Read: Google Chrome OS brings Nearby Share, Phone Hub and more on its 10th anniversary

Based on previous days of Android update distribution cycle, the current Android 11 distribution seems to be much better than older update cycle. To recall, non-Google OEMs used to take more than a year to roll out the latest version of Android. Thus, these non-Google phones prefers to run on custom Android skins. But, Now using Project Treble, Google is taking upto itself to distribute Android updates with the help of OEMs. It asks OEMs to release faster updates despite of multiple number of customizations.

Additionally, many smartphone makers have already joined hands with Google to get updates faster and more consistently. The smartphone makers may include the likes of OnePlus, Nokia, Samsung etc. Also, most of the smartphones from these brands are getting Android 11 update. Samsung assures its customers about at least three years of Android OS updates and four years of security updates. 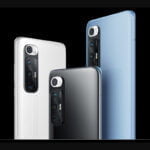 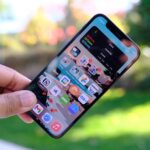