Realme GT 2 Pro will be the next flagship smartphone from the company. The Realme phone could launch with some premium flagship features. According to earlier reports, the all-new GT 2 Pro was expected to launch at “Innovation Forward” event which took place last month. But the Chinese smartphone makers only makes announcement about its new GT 2 series flagship. Now, the new reports have confirmed that the upcoming GT 2 Pro will be making its global debut on January 4, 2022.

The Chinese smartphone makers confirms that the Japanese designer Fukasawa took inspiration from the paper texture for the smartphone design. Based on the render images, the upcoming GT 2 Pro design looks similar to the other GT Series smartphones. Moreover, the Realme phone will feature a “curved body” with a paper-like texture on rear side.

Realme also adds that the same design could also be implemented on the vanilla Realme GT 2. The Chinese smartphone brand claims that the new design is more eco-friendly. This means that the Realme GT 2 Pro will come with BIO-BEST Polymer design. To recall, Realme launched Realme GT 2 Neo in the month of October. Whereas, Realme GT Master Edition was launched in the month of August.

In a press release, Realme states that “Realme believes materials can break design boundaries in all directions. Distinctive product design is essential for all Realme products, but the environment will not be sacrificed in its name. This is where Realme thinks style and sustainability don’t need to be mutually exclusive. Realme believes in the harmony between environment and technology”.

Beside the design, this GT 2 Pro could also accommodate a triple rear camera setup. The rear camera module sits beside the renowned Japanese designer Naoto Fukasawa’s signature on the right side. The power button will be position on the right edge. Whereas, the volume rockers will be placed on the left edge of the frame. The upcoming Realme GT Pro variant is considerably the “world’s first innovative phone” in terms of design, camera and communication. It will the company’s first smartphone to feature Qualcomm’s flagship Snapdragon 8 Gen 1 SoC.

In terms of photography, the Realme GT 2 Pro will sport a 150-degree ultra-wide-angle lens. Realme claims that this phone will offer the best field-of-view (FoV) in the market. The device will also get a built-in fish eye mode. This mode will produce strong visual distortion and an ultra-long depth of field effect.

The Chinese smartphone brand also confirmed that the upcoming flagship smartphone will also get an Antenna Array Matrix System. This system includes Hyper Smart Antenna Switching, a Wi-Fi enhancer, and 360-degree near-field communication (NFC) technology. The Chinese smartphone brand claims that with the help of this system, the Realme GT 2 Pro has managed to include 21 wrap-around antennas that cover all sides of the phones. This will help in maintaining signal strength. It will also allow device to choose the best incoming signals.

The Chinese smartphone makers officially confirms that the all-new GT 2 Pro series will be launching in China on January 4, 2022 at 1930CST Asia or 1700 IST. The latest Realme GT 2 series will include the GT 2 and the GT 2 Pro phones. Meanwhile, the smartphone makers have not confirmed as to what we can expect from the launch event. The tech giant also did not share any information regarding its international availability. But rumours do suggest that the phone could launch outside China including India in the coming months. 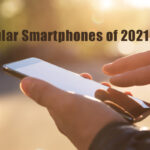 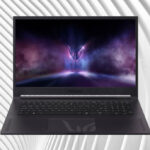