In contrast, Motorola also brings the Edge S30. The all-new Motorola Edge S30 is the latest model under the Edge S series. The latest smartphone comes with four RAM/ Storage variant. The base variant of Motorola Edge S smartphone comes with 6GB of RAM and 128GB of onboard storage. In China, the price for Moto Edge S series device starts at CNY 1999 which is approximately Rs 23800 for the base variant. The other variant with 8GB of RAM and 128GB of storage comes with a price tag of CNY 2199 which is approximately Rs 26200. 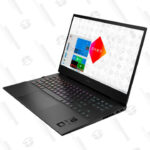