Earlier this year, OnePlus and Oppo integration took place. With this integration, the rumours about the fusion or the unified OS started floating around the internet. Now a recent leak suggests that the new unified OS will be featuring on the OnePlus 2022 flagship device. In a recent briefing, the Chinese brand confirmed that its 2022 flagship phone will be dubbed as the OnePlus 10. The flagship device OnePlus 10 will be the first smartphone from the company to launch with the new software.

In the briefing, the OnePlus CEO Pete Lau mentioned about the soon-to-come OS. He confirmed that the upcoming Operating system will be based on the Google’s upcoming Android 13 operating system. The latest software will not only run on the new OnePlus 10 flagship phone. But it will also support some of the existing devices. Although, the executive did not specify the exact model names. But the rumours do suggest that the new unified OS will be made available for other devices. The list of device includes the OnePlus 9 and OnePlus 8 series. Moreover, there is no details whether the new OnePlus Oppo Unfired OS will be available for the OnePlus Nord phones.

OnePlus cited that the “unified” operating system will be more or less similar to Oxygen OS completely. It will appear similar to Oxygen OS on the upcoming OnePlus 10 flagship phone. In the previous announcement, the company made it official about the merger with Oppo. However, despite the integration both the Chinese brands will operate independently. But now, the new blogpost tells a different story.

After the official merger, the company adds that “After careful consideration, we have decided to integrate the Oxygen OS and Color OS teams to plan the future software experience together”. However, Pete Lau promised that the users will still get a clean and lightweight experience with the new OS on upcoming OnePlus 10. Also Read – OnePlus phones now use Oppo Color OS in China

In the blogpost, Pete Lau mentioned that the unified operating system will carry forward the DNA of Oxygen OS. To recall, Oxygen OS is one of the most loved operating system by OnePlus community. He further adds, OnePlus has unique group of users. Therefore, the company will be customizing the unified OS specifically to meet the needs of OnePlus users. This suggests that the upcoming OnePlus 10 device will definitely meet the needs of users. Keep in mind, the Oxygen OS and Color OS codebase fusion finished in the month of June this year.

As mentioned above, OnePlus has already confirmed that the unified OS will be launching next year. It will be launching along with the upcoming OnePlus 10 flagship phone. The new unified OS will also land on some of the existing OnePlus devices. Although, OnePlus has not mentioned about the exact models that will be receiving the unified OS update. But some rumours suggest that the OnePlus 8 series and the OnePlus 9 flagships will be receiving the new software.

Alongside working on the new software platform, OnePlus is busy working on new hardware. In the forum post, Lau shared that the company would continue to offer other devices at multiple price points. The Chinese brand will bring more affordable products at different price point. The OnePlus 10 phone will bring more premium and ultra-premium flagship features globally.

Additionally, the Chinese smartphone makers have announced that there will not be any T-Series flagship for the global markets. Moreover, the company believes that OnePlus 9 flagship series is powerful enough to “remain competitive throughout the year”. However, the decision of not to bring the new T-series device this year could be possibly due to the global shortage of chipset.

To recall, OnePlus has a record of launching T-series mobile phone in the second half of the year. The T-Series device launches as an upgrade to the flagships. The launch of T-Series device started with the OnePlus 3T back in the year 2016. Last year, OnePlus 8T series was tweaked. Here, the company decided not to bring the OnePlus 8T Pro. Also Read – OnePlus 9 series come with Color OS 11 officially, replaces Hydrogen OS in China

Oxygen OS and Color OS completed a codebase integration in June of this year. This is the start of working forward to create a unified operating system experience for users across OnePlus and Oppo. The unified operating system experience will first launch on the 2022 flagship which is likely to be OnePlus 10. Later, the same OS will be further push across other devices globally under OnePlus brand. 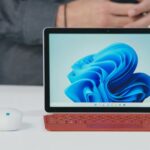 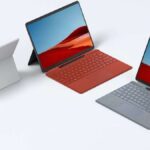