As for the display, the Surface Pro 8 comes with a 12-inch PixelSense display which offers touch support. The display gets a 120Hz screen refresh rate. Additionally, it also supports Adaptive Colour Technology. This technology is design to adjust colour production on the display based on the ambient environment. The Surface Pro 8 also comes with support for Dolby Vision display technology and Dolby Atmos sound.

For Zoom meetings and other video conference, the Microsoft Surface Pro 8 comes with a 5-megapixel camera at the front. Additionally, the tablet also includes a 10-megapixel 4K rear camera. At the launch event, the tech giant claims that the Surface Pro 8 is more than twice as fast as its predecessor. All this is possible because of the presence of the 11th Generation Intel Core processors. Also Read – Xiaomi Mi Pad 5 with “Smart Pen” and dual rear cameras

This new keyboard also includes storage and charging support for the all-new Surface Slim Pen 2. This feature is similar to Surface Pro X. Microsoft claims that the Surface Pro 8 can deliver up to 16 hours of battery life on a single charge cycle. The all-new Surface Pro 8 comes with a built-in haptic motor. Microsoft claims that it can replicate the feeling of writing on a paper. The new Surface Slim Pen 2 features reduced latency and better precision, with a redesigned tip. 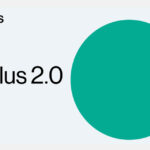 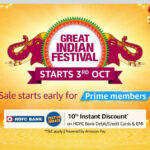