Redmi 9 Activ is the latest budget smartphone in India, now live for sale also. The device was silently launched by Xiaomi under the Redmi branding. The all-new Xiaomi smartphone looks identical to the original Redmi 9 phone. To recall, the later was launched last year. The only difference is that the new Redmi mobile brings new colour options. Additionally, the top-end variant of the smartphone supports 6GB of RAM.

As for the availability, the device is already live for sale. Interested customers can purchase the smartphone via Amazon India, Xiaomi India official website, Mi Home store and even Mi Studio Stores. To recall, the pricing for the Redmi 9 Activ is identical to the Redmi 9 price in India. Currently, the Redmi 9 price in India starts at Rs 9499 for the base variant with 4GB of RAM and 64GB of onboard storage. The other variant also comes with 4GB of RAM and 128GB of storage along with a price tag of Rs 9999.

The all-new Redmi phone runs on the company’s own MIUI 12 which is based on Android OS. The device supports dual Nano SIM. The latest Redmi mobile comes with a 6.53-inch HD+ Dot Drop Display. As for the display resolution, the smartphone also supports 1600×720 pixels resolution.

An octa-core MediaTek Helio G35 SoC powers this handset. This chipset also comes along with up to 6GB of LPDDR4X RAM and up to 128GB of eMMC 5.1 storage. As mentioned above, the Redmi phone comes with storage expansion support. The internal memory can also be expanded via microSD card slot. 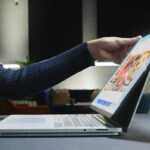 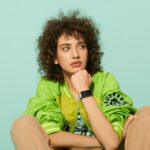