Realme Band 2 officially launches in India as the latest smart band offered by the company. The device comes with a larger display compared to its predecessor. The all-new Realme fitness band comes with blood oxygen monitoring (SpO2). To recall, this feature was absent in its predecessor, the Realme Band. Realme claims that the new Realme fitness band can offer up to 12 days of battery life. These fitness band will offer up to 90 sports modes via a future OTA update.

The all-new fitness band comes with a 1.4-inch touchscreen display. To recall, this is a bigger display from its predecessor, the Realme Band. The display can offer a screen resolution of 167×320 pixels. Realme claims that the display can reach a peak brightness of 500 nits. To recall, the original Realme smart Band comes with 0.96-inch display along with a screen resolution of 80×160 pixels. Also Read: Realme Narzo 50 series India launch alongside Realme Band 2, Smart TV

Realme Band 2 gets over 50 personalized dial faces. Additionally, the users will also get the option to customize a dial face using their favourite picture. The latest fitness band comes with universal 18mm interchangeable straps. This means that users can attach any strap of their choice based on their style preference. Moreover, the fitness band comes with a GH3011 sensor. This sensor allows continuous monitoring of the users’ heart rate. Additionally, Realme smart band can also alert the users if their heart rate goes above the safe limit.

Realme Band 2 can connect with the Realme Link app. After connecting with Realme Link app, the Realme smart Band 2 can provide sleep quality analysis. This is monitored using the mixture of hardware and software. To recall, the Realme Link app is available for both Android and iOS smartphones. Moreover, at the launch event, Realme has also mentioned that the fitness band will support up to 90 sports modes and workout modes. These modes also include cricket, hiking, running and many more.

Realme further claims that the Realme Band 2 comes with up to 50 metres of water reistance. Additionally, it can also control connected devices like Realme Buds Air and other Realme based home appliances. The device features Bluetooth v5.1 for connectivity. Moreover, the Realme Band 2 is compatible with devices running at least Android 5.1 or iOS 11. The Realme smart Band 2 packs in 204mAh battery. Realme also claims that this battery can deliver up to 12 days’ worth of battery life. The fitness band measures 259.8×24.6×12.1mm and weighs 27.3 grams. The all-new Realme Band 2 will compete against the likes of Xiaomi Mi Band 6 and many more based on the price point. 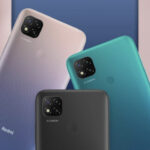