Realme is reportedly working on the next generation smart band. This means that the Chinese manufacturers are planning to refresh its smart band line up in near future. The rumours about the alleged Realme Band 2 are floating all around the Internet. In the recent set of rumours, the leaked images of the upcoming smart band give an inking on how the fitness band will appear in reality.

The leaked images were shared by popular leakster OnLeaks along with Digit. Meanwhile, if these images come true, then we can expect a design revamp for the upcoming smart band. Let’s check out how the latest Realme Band 2 appears design wise.

According to leaked images, it appears that the Realme Band 2 will get a bigger and elongated display. The fitness band will support a 1.4-inch display in comparison to the 0.96-inch screen size on the predecessor. Additionally, the image also suggests that the device will get more premium-looks with thick bezels and curved edges. Also, the smart band appears to be glossy.

To recall, the smart band comes with a blended design that features a strap and the screen. Whereas, in Realme Band 2 design, the display will stand out of its own. This makes the smart band more intriguing. Also, this might attract a lot many users. Additionally, there are chances that the smart band strap might also get a new design.

The strap design might also make room for the new charging method. This suggests that charging might happen via Pogo Pins. In previous generation device, we have to remove one of the straps to connect the smart band with USB cable. However, this might not happen in case of the Realme Band 2. Also Read: Xiaomi Mi Band 6, Mi AX9000 Gaming Wi-Fi router launched

Regarding the official specifications, we do not have any concrete information while writing. However, we can expect to get the support for Bluetooth v5.1. The Realme smart band might also get support for multiple sports modes, water resistance, sleep monitoring, smart notifications and much more.

The Realme Band 2 price is likely to settle under Rs 3000. With this price, the device will compete with the likely of Mi Band 5, Honor Band, Redmi band and many more in India. This fitness band will be one of the perfect options for fitness lovers under Rs 3000. Meanwhile, there is no official word from Realme about its launch. Also, we don’t know as when it will make its official entry. Since, Realme is consistently refreshing it’s AIoT devices. Therefore, we can expect the product to launch pretty soon. 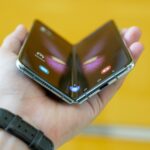 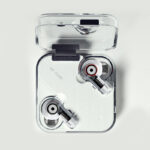