After months of rumors on the internet, Amazfit Band 7 is finally here. The all-new fitness band comes with a new design. The wearable comes with over 120 sports modes and resembles the recently launched Xiaomi Mi Band 7 Pro. Although, unlike the Xiaomi Mi Band 7 Pro, the Amazfit Band 7 does not offer in-built GPS support. The newly launched wearable sports a 1.47-inch HD AMOLED display.

Amazfit Band 7 also offers sport for 24/7 heart rate and blood-oxygen monitoring, in-built Amazon Alexa, and much more. During the launch event, the wearable company claimed that the latest fitness band could deliver up to 18 days of battery life with typical usage. With battery saver mode, the Band 7 can offer up to 28 days of battery life.

The all-new Amazfit Band 7 comes for USD 49.99, roughly Rs 3650. As for the availability, the fitness tracker is available for purchase on the Amazfit official website. Currently, the wearable isn’t available for sale in India. Furthermore, the company has not provided any information about the Indian launch of the wearable yet. Regarding color options, Amazfit Band 7 is available in Beige and Black color options. The company also offers the Amazfit Strap Band 7 in four distinct color options – Blue, Green, Orange, and Pink.

The all-new Amazfit smartband 7 sports a 1.47-inch HD AMOLED display. This display gets a resolution of 198*368 pixels. Moreover, it gets a pixel density of 282ppi. The latest wearable runs on Zepp OS. In terms of hardware, the Band 7 packs in new hardware. With new hardware, the Amazfit Band 7 succeeded the Band 6, launched in 2020.

The newly launched Amazfit Band 7 can be paired with Android and iOS devices via Bluetooth. For the Android platform, the smart band can be connected to the device supporting Android 7 and above. Similarly, for iOS, the Apple devices running with iOS 12.0 and above can connect with the Band 7.

To pair the smart band and use its functionality, we need to download the Zepp app by Huami. To recall, Huami is the parent company of Amazfit. The wearable runs on ZEPP OS. It also gets Alexa voice assistant support for getting things done simply by voice inputs.

Other features on the Amazfit Band 7 includes sedentary remainder, find my phone, alarm clock, stopwatch, DND mode, and others. The wearable can also offer phone call notifications and other SMS-related notifications. It also gets an ExerSense algorithm. It helps in smart recognition of the movements like walking, running, etc. The all-new Amazfit fitness tracker has a 5ATM water resistance rating and weighs 28grams.

Considering the past track record, both Xiaomi and Zepp are more a partner than rivals. When it comes to building wearables, Xiaomi’s favorite partner is Zepp Health, and this partnership is way back to the early days of the Mi Band. Also Read – Amazfit Zepp Z Smartwatch under Zepp watch branding price in India

In 2020, Zepp Health announced its three-year partnership extension with Xiaomi. In addition to assisting Xiaomi in developing its wearable goods, the partnership will see the two businesses engaged in the R&D of new wearable technologies. Also Read – Realme Band 2 specifications, fitness band features and price in India on Flipkart

Talking about the differences, the Amazfit Band 7 and the Xiaomi Mi Band 7 are easily distinguishable. In terms of looks, the Amazfit Band 7 comes with a rectangular display, while the Xiaomi Mi Band 7 has a pill-shaped panel. Both smart bands have a polycarbonate case, TPU Strap, and a 5ATM water-resistance rating. This certification makes them suitable for swimming.

In terms of color options, Zepp Health is selling the Amazfit Band 7 in Beige and Black, along with replaceable straps in Blue, Green, orange, and pink color options. At the same time, the Xiaomi Mi Band 7 is available in Black color. Furthermore, the buyers can also purchase additional replaceable TPU straps in up to 10 different colors. These color options include camouflage and reflective options.

On the other hand, Xiaomi Mi Band packs a smaller 180mAh battery. With its larger display, Xiaomi Mi Band 7 lasts up to 14 days in typical usage mode. However, the battery could last up to 9 days with heavy usage. Another worth noting fact is that the Amazfit Band 7 has Alexa built-in, which is missing on the Xiaomi Mi Band 7. Also Read – OnePlus Band vs Mi Band 6 along with watch faces and other details

Furthermore, the two fitness devices share features such as all-day heart rate monitoring and SpO2 level measurement. Moreover, the all-day stress monitoring is available on Amazfit Band 7 but misses out on Mi Band 7. Both wearables can also monitor sleep and menstrual cycles. Regarding fitness monitoring, the Mi Band 7 supports 120 sports modes (110 in the international edition). The Amazfit Band 7, on the other hand, can monitor 120 different activities.

The two wearables do not include a GNSS chip for monitoring workout routes, but they can link to the GPS on a paired smartphone. Amazfit Band 7 and Xiaomi Mi Band 7 get Bluetooth v5.2. Both the fitness trackers are compatible with Android and iOS devices. Meanwhile, there is a slight difference, as the Xiaomi smart band will work with devices running on Android 6.0 and later or iOS 10 or newer.

At the same time, the Amazfit smartband sports devices running Android 7 and above or iOS 12 and above. Another difference is that Amazfit Band 7 works with Zepp app, while the Xiaomi Mi Band 7 works with Mi Fit app available on both Android and iOS platform. Also Read – Honor 6 price in India Flipkart

Feature-wise, the Amazfit Band 7 and Xiaomi Mi Band 7 are almost equal. Furthermore, adding a built-in voice assistant, bigger battery, and higher number of sports modes gives an upper edge to the Amaz fit Band 7. On the other hand, the Xiaomi Mi Band 7 is also nothing lesser. Considering the price and availability, the Mi Band 7 is available for EUR 54.99, roughly Rs 4400 in the UK and EUR 50, roughly Rs 4000 in the European countries. Meanwhile, the Amazfit smartband is exclusively available in the US market for USD 49.99, roughly Rs 3650. 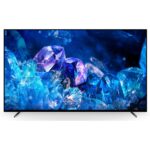 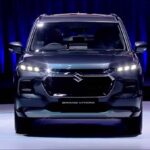