A 108MP quad-camera unit is one of the vital highlighting features of this Huawei Nova 9 SE smartphone. The all-new Huawei phones runs on EMUI 12 out of the box. Furthermore, the new Huawei mobile phone packs a 4000mAh battery and up to 66W fast charging support, and Huawei calls it a 66W SuperCharge fast charging solution. Moreover, the Huawei smartphone works perfectly fine without Google Apps.

The all-new mobile phone Huawei Nova 9 SE price starts at MYR 1099, roughly Rs 20000 in India. Currently, these Huawei mobiles are exclusive to Malaysian markets only. The Nova 9 SE is available in a single storage option featuring 8GB RAM and 128GB of onboard storage in Malaysia. During the launch event, the Chinese smartphone makers confirmed that the new Huawei phone pre-orders were live till March 18. Now, the smartphone is available for purchase in Malaysia.

According to recent reports, the new Huawei Nova 9 SE has also been listed on the Huawei China Online retailer – Vmall. This Huawei smartphone will be available in two storage capacities in China: 128GB and 256GB. However, both the variants will pack in the standard 8GB of RAM. Currently, Chinese retailer – Vmall has not mentioned the official price for the smartphone yet. In China, the Huawei Nava 9 SE is available for pre-orders by paying a deposit of CNY 9.90, which is roughly Rs 120.

The Huawei Nova 9 SE is a dual SIM (Nano) smartphone that runs on EMUI 12 out-of-the-box. Like any other flagship, this Huawei smartphone support a 6.78-inch Full-HD+ Huawei FullView TFT LCD. Furthermore, this display gets a screen resolution of 1080×2388 pixels, and it receives a screen refresh rate of up to 90Hz and a 270Hz touch sampling rate. Huawei claims that this screen offers more than 16.7 million colors.

Under the hood, the all-new Huawei Nova 9 SE smartphone features the latest Qualcomm Snapdragon 680 SoC, which pairs with Adreno 610 GPU. Furthermore, the chipset also comes with an 8GB RAM and 128GB onboard storage option. However, in China, the internal storage option can go up to 256GB.

The front camera houses a 16-megapixel camera sensor with an f/2.2 aperture for selfies and video calls. In addition to this, the Huawei Nova phone gets a vlogging mode dual camera mode where both the front and the rear camera work simultaneously. It also gets Pro mode to capture professional photos. Like other Huawei smartphones, Google apps and services are not supported on Huawei Nova 9 SE.

The Huawei Nova 9 SE gets a side-mounted fingerprint scanner for device security. This fingerprint scanner is built inside the power on/off button, and thus, the power button plays a dual role. The complete hardware on the Huawei Nova 9 SE will get its backup from a 4000mAh battery along with up to 66W SuperCharge fast charging support. The phone measures 164.64×75.55×7.94mm and weighs 191 grams. Let’s take a look at what the Nova 9 SE has to offer.

Since the Huawei Nova phone is available exclusively in Malaysia, our first impression will be based only on the Malaysian unit. The all-new Nova 9 SE comes in white color box packing in Malaysia. On the top of the box, the name of the Huawei Nova 9 SE smartphone is written clear and bold. Also Read – Huawei P50 Pocket foldable phone with Snapdragon 888 4G chipset launched

We get a Huawei Nova 9 SE mobile unit and some paperwork featuring a user manual, some warranty cards, etc. There is a TPU mobile protection case, a proprietary USB Type-C cable, and a 66W SuperCharge Fast Huawei original charger. The box content also includes a sim-ejector tool. As mentioned above, this Huawei mobile phone do not get the Google apps support.

Look wise, Huawei Nova 9 SE smartphone looks quite shiny from the rear end. Both the front display and the backside is a fingerprint magnet. So, we suggest you use the handset with the in-box TPU case. The 6.78-inch display panel on the Nova 9 SE comes with ultra-narrow bezels. The Chinese smartphone makers, Huawei claims that the bezels on all the edges are only 1.05mm thick.

Huawei Nova 9 SE features a SIM card slot on the top edge and a secondary noise cancellation microphone. At the same time, the right edge gets the volume rockers, power on/off button, and embedded fingerprint scanner. The left edge is empty and clean. The bottom edge gets the primary microphone, the USB Type-C charging and data transfer port, a single speaker grille.

We get a glossy looking back at the backside and a big rectangular pill-shaped camera module. The camera module features two big camera lenses and two more small camera lenses. The LED Flashlight is embedded in between the quad-camera setup. Moreover, the rear design also gets Huawei Nova branding at the bottom. The complete design looks good. However, it is a fingerprint magnet.

With a 90Hz fast refresh rate, the display on the Huawei Nova phone feels quite responsive. The device appears fluid while opening and closing apps. Although, the smartphone makers are offering an LCD screen on the Nova 9 SE smartphone. The display quality is average as per our experience. The indoor visibility appears to be decent, and however, the outdoor display visibility is poor even with full brightness. With an LCD display, there is no in-display fingerprint scanner. However, the fingerprint scanner is embedded inside the power button on the right edge.

As per our experience, being a big-sized device, it will be difficult for users with small hands to handle the Nova 9 SE with single hand. As for the internal specifications, the all-new Qualcomm Snapdragon 680 works perfectly fine on this device. We got the 8GB RAM and 128GB storage variant already available in Malaysia. Out of this 128GB storage, around 106GB storage remains free. The Huawei handset runs on EMUI 12.0.1 out of the box.

Huawei Nova 9 SE support Full-HD 1080p YouTube videos playback on default browser since the Google Apps are unavailable. Therefore, we played YouTube videos on the preinstalled browser. The single speaker audio output is decent, and the single bottom speaker is not that loud in terms of audio. Video quality was average while we played video on the browser. It is because this Huawei smartphone does not support Google apps like YouTube and others.

As for our camera experience, Huawei Nova 9 SE features a 108MP quad rear camera setup. The 108MP primary camera is accompanied by an 8MP ultra-wide camera, a 2MP depth sensor, and a 2MP macro shooter. As per our experience, only the first two cameras work fine. However, the rest two cameras are more of a gimmick. Not sure why Huawei is offering these 2MP cameras. Post-processing, the indoor image quality looks average. However, outdoor shots are decent.

The 16MP camera sensor works fine for the front-facing camera, and the camera app also works fine. It gets many features like Wide-angle photos, Portrait shoots, Night Mode, and much more. FYI, the Night Mode does not work on an Ultra-wide camera somehow. Huawei Nova 9 SE also gets Super Macro mode, which clicks pictures using the 2MP macro camera. As per our experience, we like this camera for its video recording capabilities more than the picture quality.

Huawei Nova 9 SE smartphone comes with vlogging features. With this Huawei Nova phone, we can easily switch between the front and the back camera while recording the video without pausing or stopping the video. The camera app also allows you to click photos while recording the videos. Furthermore, the Huawei smartphone gets a dual-video recording mode as well. With this feature, we can record video from both front and rear cameras simultaneously. A similar feature is also present in Nokia premium smartphones.

The all-new Huawei Nova 9 SE is working on a 4000mAh battery. This battery is sufficient for a regular user. Huawei claims that this battery can last you to one full working day with normal usage. For heavy users like me, the battery life is below average. It would also be best if you carried a Huawei charger wherever you go. 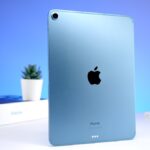 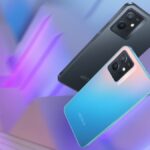