The Cupertino based tech giant officially unveils that new Apple iPad Air model at the Peak Performance Event. The all-new tablet device gets significant upgrades in terms of performance. The latest Silicon M1 chip powers the latest Apple iPad Air 2022. The same chipset is already present on the previous generation MacBook Air and even the 13 inch MacBook Pro 2020 model. The exterior design of the new iPad Air model looks similar to the previous generation iPad Air. In this article, we will be comparing the iPad Air 2022 model vs the iPad Pro 2021 model.

Moreover, the Cupertino-based tech giant is offering this iPad Air model in multiple colour options, including Space Grey, Starlight, Pink, Purple, and blue. Even though the casing is similar to the new iPad Air 2022 model, the company has introduced it with a new chipset, the Apple Silicon M1 chip. During the launch event, Apple claims that this iPad Air model is twice as fast as the Windows device in the same price range. The company has launched this tablet device in other international markets, including India. Ahead of iPad Air vs iPad Pro comparison let’s check out the price and availability details of the new iPad Air 2022 model in India.

Apple is offering this iPad Air 2022 model in three different pricing categories in terms of pricing. These categories are for General users, Education pricing and non-education pricing. The device is available with both WiFI and WiFi + Cellular connectivity models. In India, the WiFi model of iPad Air 2022 is available with a starting price of Rs 54900. At the same time, the WiFi + Cellular option comes with a starting price of Rs 68900.

The latest iPad Air 2022 is the fifth-generation model, and it features the M1 chipset, 5G connectivity, and a new front-facing camera. The all-new iPad Air model is launched almost a year after the debut of Apple’s current iPad Pro lineup. Furthermore, this Apple iPad Pro 2021 lineup also features the M1 chip and comes with 5G connectivity. Moreover, the Pro lineup gets some additional high-end features like the ProMotion and a Thunderbolt port.

In September 2020, the fourth generation iPad Air device debuts. The design of the newer version of the iPad Air 2022 is quite similar to the iPad Air 2020. Furthermore, the device looks much closer to the iPad Pro in terms of design. Additionally, the latest model of iPad Air has gained the same M1 chip as the iPad Pro, which makes both devices more similar. Despite these similarities, the iPad Air and iPad Pro models are still different.

In iPad Air vs iPad Pro, both iPad models share a lot of standard vital features. These features include a square-shaped industrial design, a 12MP rear wide-angle camera, 12MP front-facing ultra-wide camera, and a USB Type C port. However, in terms of other similarities, both the iPad Air and iPad Pro have 5G connectivity.

Furthermore, these iPad models get a Liquid Retina display with 264ppi, and Apple claims that this display can offer True Tone colours and a P3 wide colour gamut. Moreover, this display gets oleophobic and anti-reflective coating—the next-generation M1 chip with Neural Engine powers both of these iPad models.

Both iPad Air 2022 and iPad Pro 2021 can offer a similar battery life in terms of battery life. According to Apple, these iPad models can provide 10 hours of battery life for an all-day. Both Apple products come with WiFi 6 support and Bluetooth 5.0 connectivity, and they also get a USB Type-C connector.

Like the similarities, both the iPad products even share a more significant number of meaningful differences. Let’s check out these differences between the iPad Air 2022 and iPad Pro 2020 models.

The 2022 iPad Air display gets a screen size of 10.9 inch, while the iPad Pro model supports an 11 inch or 12.9 inch display. Furthermore, the iPad Pro display comes with 120Hz ProMotion technology. The difference in display size is 0.1-inch which is relatively minimal. These devices are around half a pound lighter than the iPad Pro 12.9 inch model. However, the bezels on the iPad Air 2022 model feel pretty thick compared to the iPad Pro 2021 model.

The 2021 iPad Pro 12.9 inch model is best for users who intend to use their iPad more like laptops. In particular, the multitasking feature offers a much better experience on the 12.9-inch iPad Pro 2021 larger display. Also Read – 2021 iPad Pro nearly matches M1 powered MacBook Air in benchmark tests

In terms of storage, the iPad Air model offers either 64GB or 256GB storage options. While, the iPad Pro 2021 model is available in 128GB, 256GB, 512GB, 1TB or 2TB storage. As per our experience, the maximum 256GB storage in iPad Air 2022 will be enough for general users. Although, power users will opt for other options on iPad Pro. This is mainly because the power users intend to store a large amount of data on their iPads.

The all-new iPad Air 2022 model comes with an 8GB RAM option. At the same time, the iPad Pro 2021 model is available in either 8GB or 16GB storage, and it depends on the users’ requirements and which storage configuration they will choose. Furthermore, the iPad Pro models with either 1TB or 2TB storage contains 16GB RAM, while the rest of the storage option includes only 8GB RAM.

The 8GB RAM will be adequate for general users in the iPad Air model. However, 8GB RAM will not be enough to handle multiple tasks simultaneously, and it will struggle to perform intense background tasks.

One of the most notable differences is security; the iPad Air 2022 only supports Touch ID integrated into the top power button. At the same time, the iPad Pro 2021 model comes with both Touch ID and Face ID enabled by TruDepth Camera. This Face ID gives the iPad Pro model an extra edge in terms of security.

Unlocking a device is one of the prime tasks many use a dozen times every day, and hence, it is crucial to choose the preferred authentication method. FYI, Touch ID and Face ID are both cutting-edge technology that most users rely on in their day-to-day interactions with their devices.

The iPad Pro 2021 can offer optical zoom out of up to 2x with its ultra-wide lens. Furthermore, the iPad Pro model gets an extended dynamic range while recording video of up to 30fps. It also features a True Tone flash. LiDAR allows the iPad Pro to measure the distance to surrounding objects up to five meters away. With more incredible motion capture, understanding of the surroundings, and people occlusion, the iPad Pro becomes capable of a “new class” of improved AR experiences.

Users who like bigger viewfinders for photography will opt for the iPad Pro models. Furthermore, the iPad Pro also offers more advanced camera controls. But the majority of the users don’t use these features and controls. On the other hand, the wide camera of the iPad Air 202 is more than enough for most users.

In terms of front camera configuration, both the iPad Air and the iPad Pro comes with a 12MP ultra-wide front-facing camera with 2x optical zoom. The iPad Pro 2021 model gets the TruDepth camera, which enables Portrait mode, Aminoji, Memoji, etc. These features are present on both devices, and therefore, there is no reason to get one over the other.

Both Apple products offer “Center Stage” which allows video calls using the front camera. Center Stage uses the iPad’s more extensive field of view on the device. Apple M1 chip uses machine learning to detect and maintain users centred in the frame. Center Stage automatically pans with the user’s movement to keep them in focus. While other joins in, the camera detect them too. Furthermore, it smoothly zooms out to fit everyone into the view.

The iPad Air gets a dual speaker in landscape mode. At the same time, the iPad Pro 2021 model gets wider- four-speaker audio. The Apple iPad Pro will deliver a slightly better experience for music and video lovers than the iPad Air. Furthermore, the iPad Pro can also record audio in stereo mode. It features a microphone that can record “studio-quality” sound.

This feature can be important for some users who record music or lectures using their iPad. Similarly, iPad Air gets a proficient speaker and microphone setup. For audio and video, this setup will be sufficient for most users.

Both iPad Air and iPad Pro will feature WiFi 6, Bluetooth 5.0, and 5G connectivity on cellular models. The ‌iPad Air‌ only supports a sub-6GHz 5G cellular connection. While, the ‌iPad Pro‌ supports both sub-6GHz and mmWave 5G in the United States. FYI, mmWave 5G is considerably faster than sub-6GHz.

Thunderbolt allows for interoperability with many Thunderbolt-only peripherals, such as external hard drives and monitors. Thunderbolt is also backwards compatible with USB Type-C. Thus, the two connectors have the same appearance. The Thunderbolt port is much faster than the iPad Air’s standard USB-C port. Most users likely do not have Thunderbolt accessories to take advantage of these speeds. In terms of port options, the iPad Air is the best choice for most people.

The iPad Air and iPad Pro models support accessories like the Apple Pencil 2, Apple Smart Keyboard Folio and Magic Keyboard. Both iPad model supports the same accessories. Therefore, there is no reason to buy one model over the other. However, keep in mind that users must purchase the peripherals like the Apple Pencil and Magic Keyboard separately from the iPad, which will raise the total price. 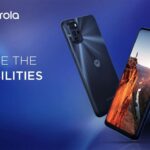 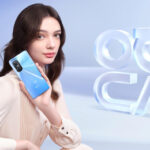