2022 is less than 12 hours away. Currently, we are celebrating the New Year’s Eve, the last day of the year 2021. It is the time to rewind and celebrate the very best year. This year we saw many new smartphones from brands like Samsung, Xiaomi, Vivo, Realme, Oppo, OnePlus, Apple and many others. Some of the smartphones from these brands offered boast of premium features, whereas others offer the best value for money. Before entering 2022 and check the upcoming smartphones. Let’s check out some of the popular mobile phones of 2021.

Now the leaks have already started giving us the sneak peak of some interesting upcoming smartphones that will be launching in 2022. Few of the mobile phones have been already confirmed to launch in early 2022. Some of these smartphones are lined up for the Q1 of next year. According to reports, 2022 is likely to kick off with the launch of Realme’s premium flagship smartphone Realme GT 2 Pro.

The launch of upcoming Realme GT 2 Pro will be followed by the smartphones like Xiaomi 11i Hyper Charge, OnePlus 10 Pro, Samsung Galaxy S22 and others. Let’s check out some of the top smartphones to launch in 2022. Also Read – Samsung Galaxy S22 Ultra spotted official website; several camera features leaked online

The upcoming Realme smartphones are likely to feature a design similar to the Nexus 6P. To recall, Google launched the Nexus 6P back in 2015. Qualcomm’s latest flagship Snapdragon 8 Gen 1 will be powering the Realme GT 2 Pro. The smartphone will feature a 6.7-inch AMOLED display along with 120Hz refresh rate.

OnePlus 10 Pro will come with LTPO OLED panel. This panel can switch between 1GHz and 120Hz while drawing less power than the conventional OLED panels. Moreover, the upcoming OnePlus smartphones will ship with the Snapdragon 8 Gen 1 chipset. For optics, the OnePlus 10 Pro can feature a 48-megapixel primary sensor, a 50-megapixel ultra-wide-angle lens and an 8-megapixel sensor with 3x optical zoom. For selfies, the device will include a 32-megapixel camera sensor.

According to popular tipster Jon Prosser, the upcoming Samsung Galaxy S22 series smartphones could launch on February 9, 2022. Prosser suggests that the delay in upcoming Samsung mobiles could be possibly due to the supply chain issues. As per reports, the Samsung upcoming flagship mobile phone could bring major design changes.

Based on the regions, the Samsung Galaxy S22 Ultra could be powered by the Snapdragon 8 Gen 1 or the Exynos 2200 chipset. The report also suggests that the upcoming Ultra variant could feature the same camera setup as the Samsung Galax S21 Ultra. However, the camera will offer an upgraded picture quality as expected over its predecessor.

As for the official specifications, Xiaomi has not revealed any specifications yet. However, based on rumours, the upcoming Xiaomi smartphones will be rebadged version of Redmi Note 11 Pro+. Moreover, the Redmi Note 11 Pro+ is already available in China. If this is true, the upcoming Xiaomi 11i Hyper Charge smartphone will sport a 6.67-inch AMOLED panel along with 120Hz refresh rate.

Under the hood, the all-new MediaTek Dimensity 920 chipset could power the upcoming Xiaomi smartphones. Moreover, the Chinese smartphone brand could be using a 108-megapixel triple rear camera setup on the device. Finally, the complete hardware will be backed by a 4500mAh battery setup. Also Read – Xiaomi Redmi Note 11 Pro+ could launch with a different name in India

As for the design, the Pixel 6a could launch in an all-new avatar. The smartphone will be featuring the design of the flagship Pixel 6 series. The upcoming Pixel phones could also launch with the custom Tensor chipset that is already available on the Google Pixel 6 lineup. The Pixel 6a could sport a 6.2-inch OLED panel along with 90Hz or 120Hz refresh rate.

For optics, the camera system on the Pixel 6a is likely to remain same on the Pixel 5. As for the information, there is not much details available at the moment. Also, there is no information about its launch date. Rumour also suggests that the Pixel 6a could launch in August 2022. Also Read – Google Pixel 6a with Tensor SoC, 12.2-megapixel Sony IMX363 Primary sensor tipped online

Another highlight of this year could be the launch of Apple iPhone SE 3. The all-new iPhone SE 3 (2022) will succeed the existing iPhone SE 2020. According to reports, the upcoming budget iPhone could launch anytime in first half of 2022. Although, the exact launch timeline is yet to be revealed. Moreover, the Apple smartphone could also hit the Indian markets around the same time. 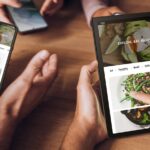 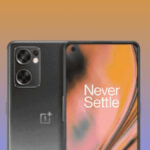