This Morning, Minister of Finance Nirmala Sitharaman gave the 2021 Union Budget presentation in Parliament. In the presentation, The FM raise the custom duty on smartphone accessories including chargers and certain sub-parts of mobile phone. This is one of the prime announcements by FM for the technology and electronics industry. In order, to boost the domestic manufacturing. The government has announced a 2.5% hike in custom duty on mobile charger and some other components. With this move, the smartphones will become more expensive.

Sitharaman declares that some parts of mobile phones will now move from Zero to a moderate custom duty of 2.5%. The FM said, “Withdrawing exemptions on parts of chargers and mobile phones to boost local manufacturing of smartphones.” In other words, we can expect smartphone prices to rise marginally.

During her announcements, The FM said “Domestic manufacturing is growing at a very rapid pace. We are now exporting different items like mobiles and its accessories including chargers.” On domestic manufacturing sector, the FM said that over the years domestic production has improved significantly. “Currently, We are in a state to export the mobiles and chargers to the world.” Sitharaman added.

She said “For enhancing the domestic production, we are withdrawing a few exemptions on parts of chargers and sub-parts of mobiles. Further, some parts of mobiles will move from ‘nil’ rate to a moderate 2.5 per cent.”

The new prices shall apply to the manufacture of inputs, parts or sub-components, including:

As per Government, The rate of customs duty on Printed Circuit Board Assembly [PCBA] of charger or adapter has been increased from 10% to 15%.The Budget also proposes to increase the custom duty on different mobile accessories which includes mobile chargers from Nil to 10 per cent. The new rates will come in action from April 1, 2021. These will create a huge impact on the potential costs of smartphones.

The change in custom duty will also occurs for other mobile parts. This part includes a refrigerator/air conditioner compressors which are now going to be 15% rather than 12.5% previously. Insulated wires and cables mentioned would attract 10% consumer duties, compared with 7.5% earlier. 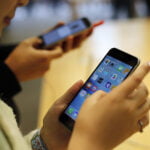 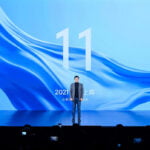