The new feature of App Install Optimization will optimize the app being downloaded on Android phones via Google Play Store. When this feature will be enabled, it is likely to look for the parts of apps to be download, which are being used by the system. This look out is done by considering how the apps are used by the users. Also Read: Second-generation Google Nest Hub with opt-in Sleep Sensing feature launched

If a given part of app is used by majority of users, then Google Play Store will first download that part on to the device. This will optimizes the apps so that apps can download, open and run faster on user device. Additionally, it will not put burden on device’s RAM, storage and overall performance. This feature will help in complete resource management. Also Read: Google Chrome to provide page preview feature before clicking the link

The functionality of this feature will also keep privacy on priority list. Additionally, Google Play Store will not collect any kind of user data and any apps data. In this feature, Google will only require to use the app usage data. This app usage data will be compared with others to improve the apps experience with better optimization and faster download. Also Read: Google Dark Mode for desktop search is under testing phase

Additionally, users can also turn off this feature. The App Install Optimization can be turned off directly from the Play Store settings. If the user disable this feature, than Google will not analyze app usage data. Currently, The App Usage Optimization is not available in Google Play Store settings. However, as per sources, This feature is mentioned in Google app store version 24.5.13. Therefore, we can expect that this feature could arrive pretty soon. Once, this feature arrives, then user can download apps faster and in more optimized way. Stay tuned will keep you updated with more news. Also Read: Google working on feature like Apple, to bring anti-tracking privacy feature to it’s users 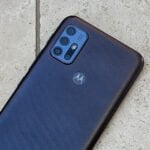 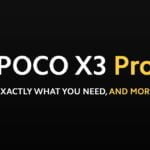