Xiaomi has recently launched its first ever gaming smartphone under the name of Redmi K40 Game Enhanced Edition. The smartphone is likely to get a younger sibling pretty soon in form of Redmi K40 Gaming Lite. According to reports, the Chinese smartphone manufacturers have already started working on the same. The report claims that the Redmi Gaming Lite will be the next gaming phone. Some of the latest leaks have already reveal the key specifications of the upcoming phone.

The leaks about the upcoming Redmi K40 Gaming Lite has been reveal by popular tipster Digital Chat Station via Chinese micro-blogging website, Weibo. According to reports, the Xiaomi’s Redmi Gaming Lite phone is likely to be power by MediaTek Dimensity 1100 SoC. The smartphone is expected to launch with Full HD+ display along with screen resolution of 2400 x 1080 pixels. The display is most likely to get a refresh rate of 120Hz. It could also get a punch-hole for front camera housing.

The all new Redmi K40 Gaming Lite phone is likely to pack in a 5000mAh battery. To recall, this a slightly smaller battery if compared to recently launched Redmi K40 Game Enhanced Edition smartphone. However, The upcoming smartphone will support same 67W fast charging system much like its elder sibling. Regarding camera configuration, the device is expected to support a 64-MP rear camera setup. Meanwhile, there is no words regarding the camera sensors that will accompany the 64-MP primary camera sensor. There is no other details available regarding this upcoming lite version of Redmi Gaming phone. Also, we don’t know exactly when we can expect the launch of the upcoming smartphone .

Regarding the first impression, the device comes with a lightweight design. It also comes with a pop-up shoulder buttons. These buttons can act as gaming triggers. Additionally, the smartphone also gets pulsating ambient light around the rear camera module. The ambient lights get activate and start changing colors while playing some game or receiving any notifications. Additional features of this gaming phone includes heat dissipation system and much more. Currently, there is no details whether similar features will be available in the upcoming Redmi K40 Gaming Lite phone.

Regarding camera system, the smartphone features a 64-MP triple rear camera setup. For selfies, it includes a 16-MP front camera. The device packs in a bigger battery of 5062mAh capacity along with 67W fast charge support. The smartphone runs on MIUI 12.5 which is based on Android 11 OS. Additionally, the smartphone comes with 5G connectivity, dual-stereo speakers and Dolby Atmos X-axis linear motor. For gaming, the device supports Game Turbo 5.0, IP 53 dust and water resistance and much more. Meanwhile, these are just the rumors about the upcoming Redmi K40 Gaming Lite phone. We suggest you to stay connected to learn more about same. 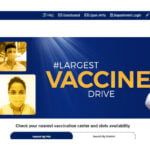 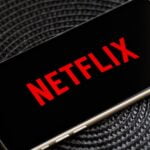