The teaser poster shares that the upcoming gaming smartphone will feature a circular camera module holding two large lens design. The smartphone will also get a unique gaming-centric pattern on the rear. As mentioned above, the smartphone will get some dedicated gaming hardware similar to that of Asus ROG Phone series. Some other teasers on Chinese social media also confirms about the chipset being used. The Redmi K40 Game Enhanced Version is likely to be power by MediaTek Dimensity 1200 chipset. Whereas, some other leak hints at a new advanced cooling system for the gaming smartphone. This system will feature a low-dielectric and high-thermal conductivity material. According to reports, the smartphone will also get certification from the TUV Rheinland certification.

The teaser also confirms about the existence of gaming LED lights on this Redmi K40 gaming variant. These LED lights are place around the camera module instead of across the rear panel in this new Redmi K40 Gaming smartphone. According to reports, these lights automatically gets activate, once the user enables the gaming mode by toggling the slider. Some reports also claims that this Redmi K40 Gaming Smartphone is likely to be based on Redmi K40 Pro+.

As for the specifications, the MediaTek Dimensity 1200 chipset is one of the most powerful chipset. This Chipset is one of the most hot selling flagship chipset coming from the house of MediaTek. Considering the synthetic benchmark scores, the MediaTek Dimensity can easily compete with last year’s Qualcomm Snapdragon 865 chipset. However, the latest chipset still can’t provide class-leading performance just like Snapdragon 888 powered smartphones.

The latest Dimensity 1200 chipset comes with support for 5G connectivity. The chipset can support Dual 5G SIM cards at the same time, unlike the Snapdragon 865 SoC. As per earlier post, the Dimensity 1200 will also be powering the latest OnePlus Nord 2 smartphone. The teaser image from Redmi also reveals the AnTuTu scores of the upcoming gaming smartphone, which is 724495. These score makes it one of the most powerful smartphones. Also Read: Google Photos to simplify image search with enhanced filters

Following the Redmi K40 Series, this gaming smartphone is likely to feature the same 6.67-inch 1080p AMOLED display. This display comes along with 120Hz of refresh rate. The smartphone will get the same 48-MP triple camera configuration as available on Redmi K40. Regarding batteries, the smartphone will be back by 4520mAh battery along with 33W fast wire charging support. Since the smartphone comes under Redmi branding. Therefore it is likely to be price low if compare with Asus ROG Phone 5 series. Some other leaks also confirms that the same gaming smartphone could launch under Poco branding for Global Markets. 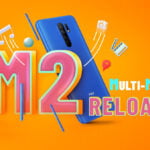 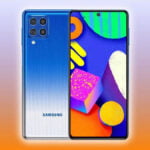