Alongside the Mi 11 flagship smartphone, Xiaomi launched the latest 75-inch Mi TV Q1. This TV model features a QLED 4K display and is compatible with Android 10. The Smart TV packs in some excellent features including a 120Hz refresh rate HDR+ panel, 2GB RAM, and a metal-encased body with razor-thin bezels surrounding the perimeters.

The TV set provides a 178-degree angle of viewing to boost viewing across the wide area. It also provide access through Google Play to over 700,000 movies and tv shows and more than 5000 apps. The Smart Remote features dedicated buttons for Netflix and Amazon Prime Content. It also features a built-in TV microphone with Google Assistant and Amazon Alexa support for voice control.

It comes with a 120Hz refresh rate and razor-thin bezels. The TV ships with Dolby Vision and HDR 10+ support as well.  Mi TV Q1 75-inch has a 30W stereo speaker system which uses a combination of six speakers — two tweeters and four woofers. The speaker system also gets the support for Dolby Audio and DTS-HD.

The TV is powered by the 1.5 GHz MediaTek MT9611 CPU which is paired with Mali G52 P2 GPU and 2GB RAM and 32GB storage. Also Read: Xiaomi showcase MIUI 12.5 roadmap for Redmi and Mi Devices

It runs on Android 10 OS and comes preloaded with apps like Netflix, Amazon Prime Video, and YouTube. The TV also features an integrated hands-free microphone control which allows to give voice commands for Alexa and Google Assistant. The TV also has a built-in Chromecast.

Regarding Connectivity, The smart TV comes with different connectivity options including one HDMI 2.1 port, two HDMI 2.0 ports, two USB 2.0 ports. It also gets support for dual-band Wi-Fi (2.4GHz and 5GHz), Bluetooth v5, a 3.5mm audio jack, LAN/ Ethernet, and more. Xiaomi has added Low Latency mode for users who want to have a better gaming experience on a widescreen.

The 75-inch Mi TV Q1 Smart TV is available for EUR 1,299 which is roughly Rs 1,14,145. The smart TV is likely to be up for sale in Europe from March 2021. The new Smart TV from Xiaomi will be available for sale in France, Germany, Italy, Poland, and Spain first with further expansion in other regions over time. Xiaomi cited early buyers can grab the Smart TV for a price of EUR 999 which is around Rs 87,900 on the first day of sale. 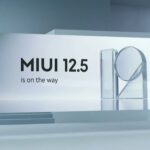 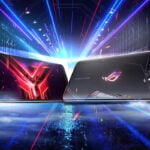