After long delay all due to second wave of COVID-19 pandemic. The Realme X7 Max 5G finally launches in India. The 5G phone comes as the company’s flagship device. The Realme X7 Max is the first smartphone in India to use MediaTek Dimensity 1200 SoC. The latest Realme phone launches alongside a pair of Smart TV models called the Realme Smart TV 4K. Along with the product launches, The Chinese brand is also celebrate its three years of operation in India.

With this chipset, Realme can deliver dual 5G SIM support and support for multiple 5G bands. The Realme X7 Max comes with up to 12GB LPDDR4X RAM along with up to 256GB of UFS 3.1 storage in India. The device packs in 4500mAh battery along with support for 50W fast charging solution. The company claims that this battery can deliver a battery life of up to one day. The smartphone supports a 6.4-inch AMOLED display along with 120Hz refresh rate and 360Hz touch sampling rate. This display also features dual ambient light sensors.

As for the cameras, the latest phone comes with 64-MP rear camera system. The primary camera uses a 64-MP Sony IMX682 sensor. The main camera is accompanied by an 8-MP ultra-wide sensor along with 2-MP macro lens. For selfies, the front camera gets a 16-MP sensor. Additionally, this smartphone comes in three color options including Asteroid Black, Milky Way and Mercury Silver.

The design of X7 Max offers a matte rear finishing which comes with a glossy strip. The device weighs at 179grams and is 8.9mm thick. Also, the Realme X7 Max comes with dual stereo speakers along with 3.5mm audio jack in India. The smartphone runs on Realme UI 2.0 which is based on Android 11 OS out of the box. Lets check out the features of Realme Smart TV 4K edition.

Beside Realme X7 Max, The all new Realme smart TV 4K comes as the latest addition to the Realme Smart TV series in India. Meanwhile, The new models are targeting the affordable price segment. Therefore, the device misses out on the SLED display technology. The latest smart TV is available in two screen sizes including a 43-inch model and a 50-inch model. Both Smart TVs comes with a bezel display design.

As for the features, the smart TV supports 4K resolution as standard. The Chinese brand has added a support for Dolby Vision in both the new models. The smart TV models comes with 90 per cent DCI-P3 and 83 per cent NTSC colors. Additionally, the smart TV also brings in Realme Chroma Boost Technology. This tech will allow to amplify the color saturation. Also, the Realme TV gets TUV Rheinland certification for Blue Light safety.

The support for Dolby Atmos and DTS Audio is also baked in these smart TV models. The TV set comes with 24W quad stereo speakers. At the launch event, Realme promises to provide improved low-end audio performance with this Smart TV 4K edition. Additionally, Regarding other smart TV features, the TV runs on Android TV 10 OS. This means that users can easily access the Google Assistant and the Google Play apps. 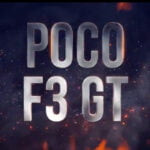 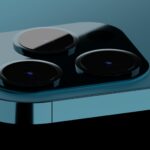