A bunch of smartphones are coming to India next month, including Realme X7 series, Poco M3, Xiaomi Redmi Note 10 series. Samsung Galaxy A52 is also expected to make its debut in India in February. Out of these smartphones, Chinese Market already gets Poco M3 and Realme X7 Series. This reveals most of its features and specs. We have to wait for an official launch to know the Indian price. Redmi Note 10 series will replace Redmi Note 9 series.

Taking a look at the smartphones that are scheduled to be launched in India in February:

Realme has confirmed that they are currently concerned about launching their latest X-series smartphone in India, hinting at Realme X7. Chinese Market already gets Realme X7 and X7 Pro in September 2020. The company has not made the launch date official in India. The smartphones will launch next month on 4th February as Realme X7 Pro 5G, as expected.

Have a look at few futuristic packaging designs we came up with for #realmeX7Pro!

Can you guess which one was finally chosen for you guys?#XisTheFuture pic.twitter.com/b4yINhUvqm

Both Realme X7 & Realme X7 Pro comes with identical specifications with minor improvements in display and battery capacity. The price for Realme X7 starts at around RMB 1,799 in China, which converts to Rs 19,290. As for Realme X7 Pro, the base storage model which comes with 6GB of RAM and 128GB of storage is price at around RMB 2,199 which converts to around Rs 23,580. Expect Indian pricing to be similar for both the models. 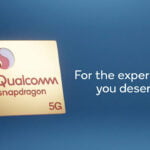