Poco is all set to introduce a new smartphone to its budget M series. The device will launch with the name of Poco M3 Pro 5G on May 19. The Chinese smartphone brand has already confirmed the launch date via teaser poster. Earlier, Poco took to its official Twitter handle and revealed the launch date of next member under Poco M series. On the Twitter, Poco took it on Global Twitter handle, @POCOGlobal and tweeted ““Look out! Another POCO launch is coming your way! #POCOM3Pro 5G is coming in hot! Who’s ready for more? Stay tuned for May 19th. We are bringing you #MoreSpeedMoreEverything!”

Before official launch, we already got some leaked details about the upcoming 5G variant of M3 Pro poco phone. Additionally, The leaked information gives us hints about the design and some key specifications of this upcoming smartphone. Also Read: Poco X3 Pro, the next Poco Pro smartphone launched globally

Look out! Another POCO launch is coming your way! #POCOM3Pro 5G is coming in hot!
Who's ready for more?
Stay tuned for May 19th. We are bringing you #MoreSpeedMoreEverything! pic.twitter.com/FmLQyE1CXl

Whereas, in India, the known tipster Ishan Agarwal share some official images of the upcoming Poco M3 Pro 5G design. Based on official leaks, the images are likely to turn out to be true. As per leaked images, the smartphone will launch with an eye-catching unique design, much like its younger sibling, Poco M3. The device will support a vertical strip which will feature a huge camera hump along with Poco branding. Also, The camera setup includes triple rear cameras, an LED flash. For selfies, the device will support a punch-hole display which houses the front camera. As per leaked image, the 5G phone is likely to launch in three color options. These may include Black, Yellow and Blue colors.

According to rumors, the new Poco M3 Pro could launch as rebadged version of recently launched Redmi Note 10 5G. Regarding expected Poco M3 Pro Specification, The Poco M-Series smartphone could support a 6.5-inch Full HD+ LED punch-hole display. Additionally, The smartphone is likely to be powered by MediaTek Dimensity 700 SoC. This chipset will come in pair with Mali-G57 MC2 GPU. To recall, the Redmi Note 10 5G comes with upto 6GB RAM/ 128GB of internal storage. The upcoming Poco M3 Pro 5G phone is likely to come with similar set of storage configuration.

Regarding camera configuration, the Redmi smartphone features a 48-MP triple rear camera setup. Whereas, for selfies, the device houses a 8-MP wide angle lens inside the punch hole display. Notably, the upcoming Poco M series, is also likely to feature a similar camera configuration. Earlier, during the interview, the Poco Executives also left a hint about the upcoming smartphone. The hint suggests that the upcoming smartphone will support a new interface called Poco UI. If not the Poco M3 Pro, then future Poco phones will surely get the taste of upcoming custom ROM skin.

The upcoming Poco M3 Pro has already appeared on Bureau of Indian Standards (BIS) website in the month of April. This indicates that the smartphone might also lands to Indian shores pretty soon. This could be the next good news for Poco India fans. As the recently launched Poco F2 Pro could make it through in the country. Also, The pricing and availability details are unknown as of yet. But we can expect these details too before the official launch event. 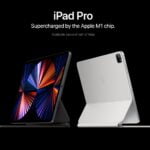 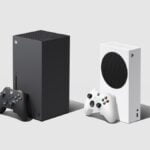