The all-new 4K Max model of Amazon Fire TV Stick price in India is listed at Rs 6499. The latest Amazon TV Firestick is currently available for pre-orders via Amazon India website, Amazon Kiosks in select malls around the country. The actual shipments for the latest Amazon Fire TV Stick models will begin from October 7. Additionally, it is also available for pre-orders in the US markets. In US markets, the Fire Stick 4k Max model comes with a price tag of USD 59.99 which is roughly Rs 4400.

Beside the faster processing units, the processor on the Fire TV Stick 4K Max will also enable Wi-Fi 6 connectivity. This is an upgrade over the existing Fire TV Stick 4K, which comes with Wi-Fi 5 connectivity. The all-new Wi-Fi 6 is aimed to deliver smoother experience without any lag in streaming service. Although, one must need a compatible Wi-Fi router to access the built-in Wi-Fi 6 support.

Aside from Wi-Fi 6, the Fire TV Stick 4K Max and Fire TV Stick 4K vary significantly in that the former supports Dolby Vision. However, one must need content in Dolby Vision format to experience the actual difference. The device also offer support for other formats such as HDR 10 and HDR 10+. Additionally, the new Fire TV Stick gets support for Dolby Atmos for immersive sound experience. Although, this is possible on compatible TV units and for select content only. 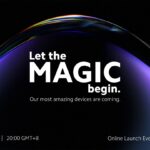 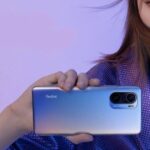