Poco got its roots from the parent company, Xiaomi. To recall, back in 2018 Poco launched its first ever smartphone with the name of Poco F1. Since then, the Chinese brand has not launched any F-Series device in India. According to reports, now the company is planning to launch the all new Poco F3 GT phone in the country. However, there is no official confirmed launch date for the same in India.

Recently, popular tipster, Mukul Sharma tweeted a photo. In this photo, a Twitter user is asking about the Poco F3 GT from the Director of Poco India. To which, the Director of Poco India, Anuj Sharma replies it is coming soon. This Twitter conversation is shown inside the Poco GT phone. To recall, Poco executive recently confirmed about the launch of this F series smartphone in India in Q3, 2021.

Previously also, Anuj Sharma shared a 30-second video teaser. This video reveals that the device will be power by MediaTek Dimensity 1200 SoC. Additionally, he also revealed that the phone will also get the gaming triggers. This relates the Poco F3 GT with the Redmi K40 Gaming smartphone. To recall, the Redmi K40 Gaming smartphone launched in China in the last month.

The all new Poco F3 GT could support a 6.7-inch Full HD+ AMOLED display. Additionally, this display will get a screen refresh rate of 144Hz. The device will be power by the MediaTek Dimensity 1200 SoC. This chipset will come in pair with ARM Mali-G77 MC9 GPU. The device will run on the company’s own MIUI 12.5 skin which is based on Google’s Android 11 operating system.

The Poco phone will be back by a 5065mAh battery along with support for 67W fast charging. For camera configuration, the device will support a 64-MP triple rear camera setup. The 64-MP primary sensor will come in pair with an 8-MP ultra-wide-angle lens and a 2-MP macro lens. For selfies, the front camera will feature a 16-MP sensor. Also Read: Poco India to launch Poco Gaming phone with Dimensity chipset after July 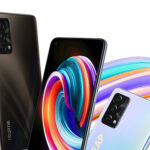 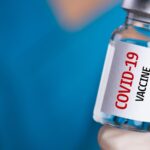