Realme will be launching multiple products in India on May 31. The Chinese brand will be launching two new Realme Smart TV 4K. The smart device will launch along side Realme X7 Max smartphone in India. Out of the two models, the first one will feature a 43-inch panel. While, the other model will come with a 50-inch display panel. Both smart TV models are likely to come with 4K resolution along with 178 degree viewing angles.

According to leaks, the specifications and price details of the latest Realme TV 4K has been surfaced online. The report has been leaked by Realmetimes. As per Realmetimes report, the 43-inch model is likely to be price around Rs 28000 to Rs 30000. Whereas, the 50-inch model could cost between Rs 33000 to Rs 35000.

The report also suggests that the new smart TVs will be power by an un named quad-core MediaTek chipset. Both the Realme Smart TV will run on Google’s Android 10 operating system out of the box. Keep in mind, there is no mention of whether it is a full-fat version and what UI and customizations it has. According to reports, the device is also likely to feature an inbuilt Chroma Boost Picture Engine for accurate colour reproduction.

As mentioned above, Both the Realme smart TV models are likely to come with 4K resolution along with 178 degree viewing angle. The display provides 1.07 billion colors. These Smart 4K TV models will also support Dolby Vision Technology for excellent picture quality. The smart TV models could also provide support for Dolby Cinema and a voice assistant of some sorts. Also Read: Xiaomi Mi TV QLED 4K 75 launches in India with 120Hz QLED display

As for the audio, both the Realme smart TV models will come with 24W quad stereo speaker system. These audio speakers will also support Dolby Atmos and DTS HD. For connectivity options, the Smart TV comes with all the necessary connectivity options including dual-band Wi-Fi, Bluetooth 5.0, three HDMI ports, two USB ports, AV out port, Ethernet port, and a tuner port.

Additionally, the 43-inch variant is reportedly comes with a 100W power consumption rating. Whereas, the 50-inch model comes with 200W of power consumption. Both these Smart TV models will launch along side the Realme X7 Max smartphone in India. The launch event will take place virtually on May 31 at 12.30PM. The launch event can be live streamed via the company’s official YouTube channel. 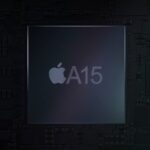 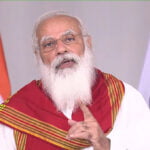