In a virtual launch event, Xiaomi launches it’s biggest QLED smart TV in India along with multiple smartphones including Mi 11X Series and Mi 11 Ultra smartphone. The QLED smart TV, Mi TV QLED 4K 75 price starts at Rs 119999. The all new smart TV comes with a similar design theme as it’s sibling, Mi QLED TV 4K 55. Currently, the Xiaomi Mi 4K TV QLED 75 is the largest and most expensive smart TV from the brand, which is available for sale in India.

This is the most expensive smart TV coming from the house of Xiaomi, as it cost higher then the previous models including Xiaomi Mi TV QLED 4K 55 and the 65-inch TV model. As mention above, The Mi QLED TV price starts at Rs 119999. The all new Mi 4K QLED TV will be up for grab starting April 27. Regarding its availability, the Mi TV QLED 75 will be available on Flipkart, Mi Home store, and Xiaomi India’s official website. As introductory offer, the Xiaomi Mi QLED TV 4K can be bought with bundled discount of Rs 7500. This introductory discount can be availed while making transaction with HDFC Bank Cards. Other no cost EMI Options are also available.

As per naming, the Mi TV QLED 4K 75 comes with a large 75-inch display. This display features a 97 percent screen to body ratio. It also supports a maximum screen resolution of 4K. This will be the first Xiaomi smart TV to offer 120Hz of screen refresh rate. Lets check out some of the key specifications of this Mi QLED TV.

Unlike other Android TV models, the latest Mi TV QLED 4K 75 also comes with hands-free Google Assistant feature. This feature can be access via far-field mics. This will avoid the need of speaking into the mic of remote controller. Additionally, users can also choose Alexa as their default voice assistant. The smart TV relies on 64-bit A55 quad-core chip and comes with 2GB RAM/ 32 of native storage.

Regarding connectivity options, the Mi TV QLED 75 comes with all the major connectivity options including 3x HDMI 2.1 ports with support for ALLM and eARC alongside the usual wireless connections and I/O ports. Inside the Smart TV box, users can find a new metallic stand to install the smart TV on table top or any other flat surface, smart TV, Remote Controller, a pair of AA battery etc. 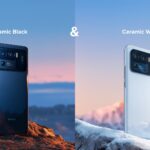 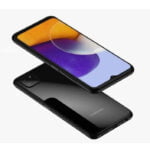