Instagram recommends its users not to share TikTok recycled footage to Reels. The photo sharing app tells that TikTok watermark videos from Reels are not going to be promote. The social network app says that it has made some changes in its algorithm and is going to set the watch tower for TikTok watermark videos. Since TikTok India Ban, many users upload their TikTok videos on Instagram.

Instead of re-using old videos of TikTok, the social media company wants people to post original videos vertically. Instagram said it would not remove such videos, but it would stop promoting them on the feed. Although the post will be remained visible in user profile, but it will not appear on the feed of the app.

Instagram is posting a number of tips for users on its own creator’s account. The social media company Instagram urges user to post original videos vertically and use sound/music from Instagram’s own library. According to The Verge, “Instagram also proposed “starting a trend” where users can participate, or add “fun” and “entertainment” content.” This latest update won’t affect the Indian users, as TikTok is already banned in India.

To recall, TikTok was ban by the Indian government back in June 2020. The Chinese app was accused of stealing data from users and uploading it “surreptitiously” to illegal servers outside India. Therefore, after last year’s ban on TikTok, Instagram added the Reels page.

It works same as TikTok, but there’s no standalone app for Reels. Instagram Reels app helps users to find short, fun videos from creators worldwide. Currently, Instagram is planning to make the Stories look like Reels. The video sharing app tends to work on a Vertical Stories feed to allow vertical swiping of feeds. According to Company Spokesman, the feature is not available for public usage as of now. It is an early prototype and is not currently testing any vertical videos or stories on Instagram. Although, Instagram has confirmed about working on the feature. But it is yet to confirm when this feature will appear to users. Also Read: 5G trials in India may start around May 2021

Instagram recently introduced a new function to recover deleted content in the app. The Recently Deleted feature will be really useful for the users who want to restore content that they might have deleted accidentally. Accessing this new feature on Instagram, users can revive all sorts of media including videos, Reels, photos, and even IGTV stories. Also, Instagram has tested a new feature that prohibits people from sharing feeds post in stories. However, the feature is currently available to the users only in select regions. Also Read: Amazon to launch a wall-mounted Echo device 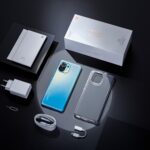