Amazon is currently working on a wall-mounted smart Echo device. As per Bloomberg report, Amazon is developing a new wall-mounted Echo device with a large touchscreen display for its users. The upcoming device can attach to the walls or any vertical flat surface. The report says that it could houses a smart home control panel, media player and video calling abilities.

According to Bloomberg,  Amazon’s Lab126 hardware division is developing a digital command center. The smart device is likely to come with a 10- or 13-inch touchscreen display. The smart display will include a built-in camera. It has ability to play music and bodies, a video chatting feature along with Alexa. It is likely to be the first Echo device design specifically for wall mounting.

Wall-mounted hardware provides consumers more choices than tables and desks to position their hardware around the home. As the company has recently played with Amazon Echo Wall Clocks. The Amazon’s penchant for wall mounted gadgets is not new to it. It is likely that to wall mount the new Echo device, users could need some third-party accessories.

Also, It is also possible that the new Echo Device will come with multiple screen sizes and variants. The product will give direct competition to the likes of the Apple iPad framed into walls.  The new Echo Devices are suppose to be much slimmer than existing Echo devices in India.

These Amazon devices are estimated to be available between $200 and $250  which is Rs 14,500 to Rs 18,200 approximately. These devices could release either at the end of 2021 or at the beginning of 2022. However, The launching dates could change or the device launch may even be postponed according to the company’s projections. Also, this rumored product from Amazon will follow another device from Alexa, which is also being developed at the company.

According to reports, Amazon is also working on a new Alexa-power device. This device can track and monitor signs of sleep using radar. According to leaks and reports, the device is likely to be very small and compact in size. It can be placed anywhere on a bedside table. Also Read: Happy Birthday Amazon Alexa, turns 3 in India

The device has been codename “Brahms”. It comes equipped with a millimeter-wave radar sleep tracker. This can be place beside your bed and it will sense and analyze your breathing pattern. The device is expected to come with sleep disorders tracking features apart from sleep apnea. However, Amazon is yet to make any comment on the news of the sleep tracker either.

In August 2020, Amazon showcases its fitness tracker called Halo. In addition to tracking the basic fitness activities, smartwatch can sense your tone and identify how positive you sound. It can also can calculate your body fat in 3D. This Halo band and Halo service with all its unusual features comes at a best buy price of $64.99 including 6 months of Halo membership.

The Amazon Halo comes with no display unlike any other smartwatches. However, the fitness tracker does come with some prebuild sensors. These sensors includes the accelerometer, temperature sensor, heart rate monitor, two microphones, LED indicator light. It also comes with a button to turn the microphones on or off. Also Read: Google Play Music app user? Beware, transfer your data YouTube Music 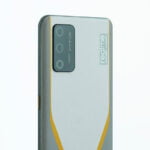 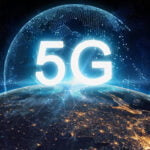