The latest Realme Smart TV Neo model comes with 20W dual speakers along with Dolby Audio support. The device also features the company’s own Chroma Boost picture engine. This will allow to enhance the picture quality. The new Realme TV will also offer a couple of HDMI ports, a USB port and much more.

The all-new Realme Smart TV Neo 32-inch model comes with a price tag of Rs 14999 in India. The smart TV will be up for sale via Realme India’s official website, Flipkart, and other offline stores. The device will be available for purchase starting October 3 at 1200 IST. Realme India is offering the Realme Smart TV Neo in a sole black colour option.

At the launch event, Realme further added that the company will be offering an additional Rs 350 discount, if the Realme Smart TV Neo will be purchased via MobiKwik Wallet. Also Read – New Redmi Smart TV with Android 11 OS launch in India; comes with 32-inch, 43-inch models

Enjoy endless entertainment on the #realmeSmartTVNeo with:

The Realme Smart TV comes with a bezel-less display. As mentioned above, the Realme Smart TV Neo model will also get TUV Rheinland low blue-light certifications. The device is powered by a quad-core MediaTek processor. This processor is built on a 64-bit architecture along with ARM Cortex-A35 CPU and Mali 470 GPU. This chipset also supports a Chroma Boost picture engine. This will enhance the picture quality along with improving the brightness, colour, contrast and clarity. 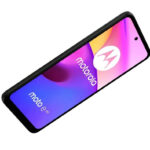 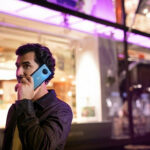