Xiaomi is planning to launch Mi 11X Series in India in the coming months. According to recent leaks, the company is teasing for the launch of Mi 11X series from a long time. As per reports, these premium category Xiaomi mobile phone are likely to be based on recently launched Redmi K40 series. To recall, Last week, Xiaomi launches Redmi K40 series in China.

However, the exact specifications of the upcoming Xiaomi mobile phone is still unknown. But, according to reports the company is planning to launch Mi 11X series as rebranded Redmi K40 Series. It is likely that Mi 11X series will not be any different from Redmi K40 series in terms of specifications.

All these leaks came a tipster named Kacper Skrzypek. His tweets from twitter came in highlights, as he shares some code about Redmi K40 series. With this code he shares that Redmi K40 series could land in India as rebranded Mi 11X series devices. The code also confirms that there is a possibility of two upcoming Xiaomi mobile phone models under Mi 11X series. These two models may include Mi 11X and one top-end model namely Mi 11X Pro.

Several leaks from the past suggested that Redmi K40 series could land in India under Poco Branding. If consider these rumors to be true, the recently launch Redmi K40 was expected to land in India as Poco F3. To recall, Poco F1 launched in 2019, as a premium grade mid range smartphone. It is likely that Poco F3 could launch as a successor to previously launched Poco F1 in 2021.

The upcoming Xiaomi Mi 11X is likely to price similar to its competitors like Realme X7 Pro and the upcoming OnePlus Nord 2. Whereas, The Mi 11X Pro will compete with the likes of upcoming OnePlus 9 series. Assumingly, The Chinese smartphone makers could later bring the Mi 11 Global variant at a higher price segment. The Mi 11 Global is likely to succeed the ageing Mi 10 5G, which was launched in 2020.

Currently, on papers the latest Mi 11 is the best Xiaomi mobile phone. However, some rumors suggest that Mi 11 Pro and Mi 11 Ultra is likely to over take this Mi 11 Global variant. Also Read: Redmi K40 smartphone is likely to launch with dual stereo speakers

On the other hand, the Mi 11X Pro variant is likely to be power by Qualcomm’s Snapdragon 888 chipset. The device will feature a 64-MP quad-rear camera setup. Keep in mind, all these information are just based on leaks and rumors. There is no official information regarding the launch of upcoming Mi 11X Series in India.  Also Read: Xiaomi Redmi K40 series specs leaked ahead of its official launch 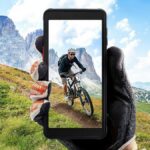 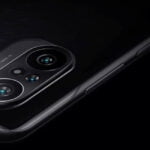