Xiaomi confirms this news, both by sharing the official teaser and the launch date. The company has confirm the arrival of the flagship series in India. Also, This new smartphone series will bring “Xtreme Performance, Xceptional Display and Xquisite design” for the Mi fans and community. Right now, there is no official word on the final name of this upcoming smartphone. According to reports, the upcoming smartphone could be the Mi 11X. This Mi 11X is likely to be the rebranded version of the Redmi K40. To recall, the same smartphone has reached the global markets as rebranded Poco F3 smartphone. The company’s Global Vice President also shares that the Mi X series will be customizable. This means that the smartphones could feature a number of changes only for the Indian users.

Meanwhile, The all new Mi 11X smartphone under Xiaomi Mi X series is likely to fall in upper-mid range price segment. Also, The smartphone will come with a 6.67-inch AMOLED display along with 120Hz refresh rate. The device will be power by Qualcomm Snapdragon 870 SoC. Additionally, This chipset comes pair with upto 8GB RAM/ 256GB of internal storage.

Regarding cameras, the Mi X series smartphone will feature a 48-MP triple rear camera setup. This will include a 48-MP primary camera, an 8-MP ultra-wide lens and a 5-MP macro lens. For selfies, the device will feature a 32-MP front snapper. Additionally, it will pack in a 4520mAh battery which comes with 33W fast charging support. The all new Mi 11X smartphone will run on MIUI 12 which is based on Android 11 OS. For security, The upcoming smartphone will support a side-mounted fingerprint scanner. Also, Other connectivity options may include Bluetooth 5.2, Wi-Fi 6, USB Type C port, Headphone jack etc. The smartphone will also come with dual stereo speakers.

As for the official price details, we don’t have much to share about. However, considering the price of Redmi K40 we can expect the Xiaomi Mi X series smartphone to fall under Rs 30000. To recall, the Redmi K40 starts with a price tag of CNY 1999 which is approximately Rs 22000. Currently, these all are just rumors. We don’t have any concrete information on this subject. Therefore, it is best to wait until April 23rd event to get an better idea. Also Read: Redmi K40 Series mobile phone to launch as Xiaomi Mi 11X Series in India 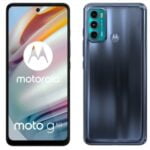 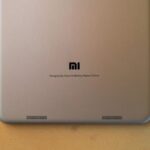