The leaks about this upcoming smartphone has been disclose by popular tipster Mukul Sharma. According to known tipster Sharma, the all new Moto G60 smartphone is likely to come with 108-MP quad rear camera system. Alongside, for selfies the smartphone will feature a 32-MP front snapper. He shared this information via his Twitter handle @stufflistings

[Exclusive] Out of the 2 upcoming Moto G smartphones, one G will feature a 108MP Quad Camera set-up along with a 32MP selfie shooter – the best in the segment.
More details coming soon.
Feel free to retweet.#NextMotoG pic.twitter.com/er2JzBg7Sv

However, the information based on tweet shared and the tweeted image contradicts with each other. Here, the tweet image showcases that Moto G smartphone will bring triple rear camera setup. Whereas, the tweet text mentions about the quad-rear camera setup. Later, the tipster clarifies that the smartphone will feature three physical sensor. Here, one of the camera will offer two functionalities. Otherwise, there is no information about how this camera will work.

Beside cameras, the Moto G60 smartphone is likely to be power by Qualcomm Snapdragon 732G chipset. This chipset comes couple with upto 6GB RAM/ 128GB of storage. The device is likely to get a 120Hz display. Additionally, the smartphone will run on near-stock Android 11 OS. Rumors also suggest that there are chances that we can see multiple variants which may differ for different markets. Currently, there is no official word about it’s India launch, but we can expect it to happen pretty soon. Also Read: Moto Watch series by Motorola could launch soon 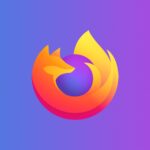 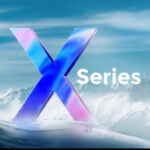