Apple is all excited to launch its next gen iPhone 13 series with Apple’s all new A15 Bionic chip later this year. Earlier, some previous reports suggested that the launch of iPhone 13 series could delay because of ongoing chip shortage issue. To recall, based on previous posts, the shortage of chipset is happening because of ongoing COVID-19 pandemic. Now, a new report tells the whole new story. Also Read: Apple iPhone 13 could launch with new color options, leaks surface online

The latest report suggest that TSMC has started mass production of Apple A15 Bionic chip. This latest chipset will power the devices in iPhone 13 series. The report suggest that with the production of Apple’s next generation chipset, we can expect that Apple’s next gen iPhone series could launch on expected timeline in September. This comes out as a good news for all the consumers waiting for the successor to iPhone 12.

The report states that its good to see Apple ramping up for the launch of next gen iPhone series. The  tech giant is working hard despite of chip shortage and COVID-19 pandemic. Also, The report mentions that there is a spike in COVID-19 cases especially in the areas where Apple factories are. The same report also suggest that the demand for A15 Bionic chip will surpass the demand of A14 chip that powers the iPhone 12 series. To recall, Apple will manufacture the upcoming A15 chip on the same 5nm manufacturing process as the A14 chip. 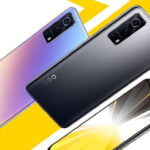 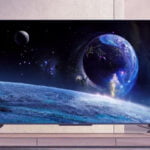